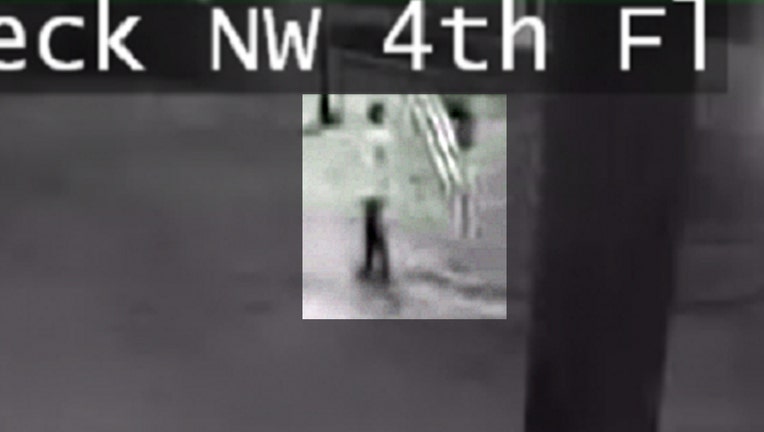 A surveillance image released by Dalton police show a skateboarder carrying a stolen American flag in the parking deck next to the Whitfield County Courthouse during the early morning hours of Sept. 11, 2021. (Dalton Police Department)

DALTON, Ga. - Police in Dalton, Georgia have increased a reward for information that helps them catch the person or persons who desecrated American flags that were part of the American Legion’s "Avenue of Flags" in front of the Whitfield County Courthouse on Sept. 11.

It's been nearly a month since someone vandalized and stole American flags and POW flags at the Whitfield County Courthouse early in the morning on Sept. 11.

Dalton police said the flags were thrown into nearby trees and brush, with some of the flags having been damaged. Nine of the flags are still missing. Each of those flags represents a service member, either active or retired, and many were donated by the families of service members killed in action or who were prisoners of war.

Police released surveillance photos from the courthouse and nearby businesses last month that show three cars and a skateboarder on the top deck of the BB&T parking deck. Investigators said several people had gathered for a game of basketball around 10:30 p.m. the previous night on the top deck, but most left a couple of hours later. Around 2 a.m., the three cars and the skateboarder were all that was left. Investigators said they would like to speak with the people associated with those photos. 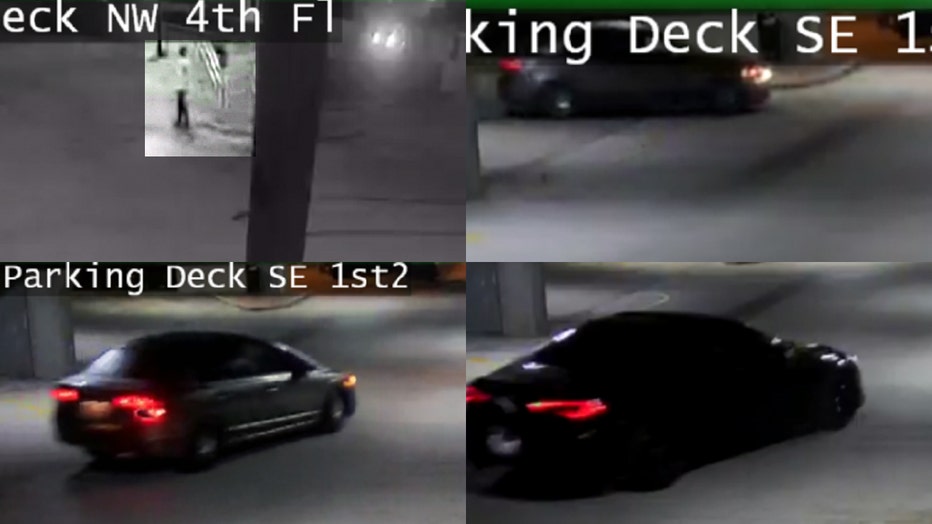 Surveillance images released by Dalton police show a skateboarder and three cars in the parking deck next to the Whitfield County Courthouse during the early morning hours of Sept. 11, 2021. (Dalton Police Department)

Police said the surveillance images show three more people arrived at the parking deck on foot and some of the people from the parking deck joining them as they head over to the flag display.

Investigators said one subject in a light-colored hoodie was caught by the parking deck surveillance cameras skateboarding with a flag over his shoulder.

In total, police estimate about $800 in damage was done to the display which is erected for special dates such as Independence Day and the Sept. 11th anniversary.

Investigators hope others who were at the pickup game would also come forward to share what they know. Police said not everyone at that game was involved in the vandalism, but may have information about who is responsible for it.

Wednesday, Dalton officials say they increased the original $1,000 to $2,500 in hopes that it will help someone come forward.