“They found him and his mother both tied to a cinder block,” owner Tiffany Stewart recalled. “The mother was dead. He was 10-months old and so emaciated [the Georgia Department of Agriculture] didn't think he would live.”

In 2013, Clover marched among ten rescues at a Georgia Department of Agriculture auction.

Attendees bid on all of the horses, except for Clover. 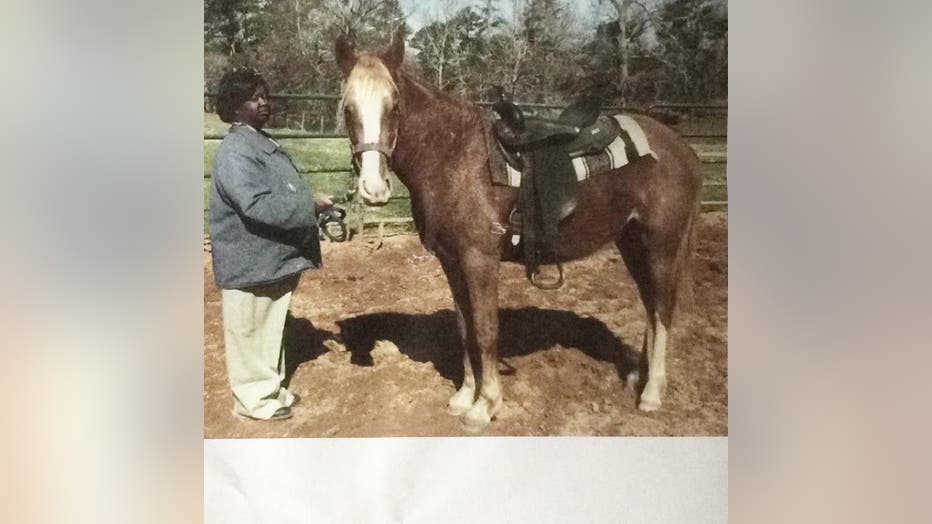 But living up to his name, Clover too, found a home that day with event volunteer Tiffany Stewart, a horse fanatic who happens to have a soft spot for outsiders.

“He had a giant nose, weird body, he was a weird strange looking horse, but I took him anyways,” Stewart laughed.

While a competitive rider herself, Stewart had no plans for Clover, aside from providing him proper care.

“When I first got him, you couldn't touch his face,” she described. “He was scared of everything. You could tell he had demons in his closet.”

But Clover continued to defy the odds.

His relentless determination, paired with expert training, have translated into national rankings in the equestrian triathlon, formally known as, eventing.

“It's rewarding for all of us, it's a gift to have him in the barn,” said Mary Bess Davis, owner of Triple Creek Eventing. She played a pivotal role in not only making Clover rideable but also competitive in the ring.
“It really was an ugly duckling turned to beautiful swan kind of story,” Davis said. “I know that's cheesy, but it's true.”

And in a sea of high-ticket horses, Stewart considers her goofy, snuggly rescue - a badge of honor.

“Riding horses and competing horses is a very expensive sport, it's kind of an elitist sport, and so I think sometimes a horse like him is overlooked because it might not be the [obviously] ‘right’ horse,” Stewart said. “I think that's shortsighted.”

She cited the trusty adage, “You can’t judge a book by a cover,” as Clover persistently kept his muzzle next to hers. His love for Stewart and anyone he knows was so apparent.

Clover is currently ranked fifth in the country in the Beginner Novice Division.

He'll head to Thomson this weekend to compete in three-day eventing.