ATLANTA - Tennessee businessman who was flying a plane that crashed in Georgia in 2018 likely lost control after becoming disoriented in cloudy weather after taking off, a National Transportation Safety Board report said.

Wei Chen and three passengers were killed in the December 2018 plane crash in Atlanta. Chen was a Memphis resident and CEO of Sunshine Enterprise Inc., which distributes Chinese construction and industrial equipment.

An experienced pilot who flew around the world in a single-engine airplane in 2011, Chen was at the controls of the Cessna 560 jet when it crashed on its way from Atlanta’s Fulton County Airport to Millington-Memphis Airport. 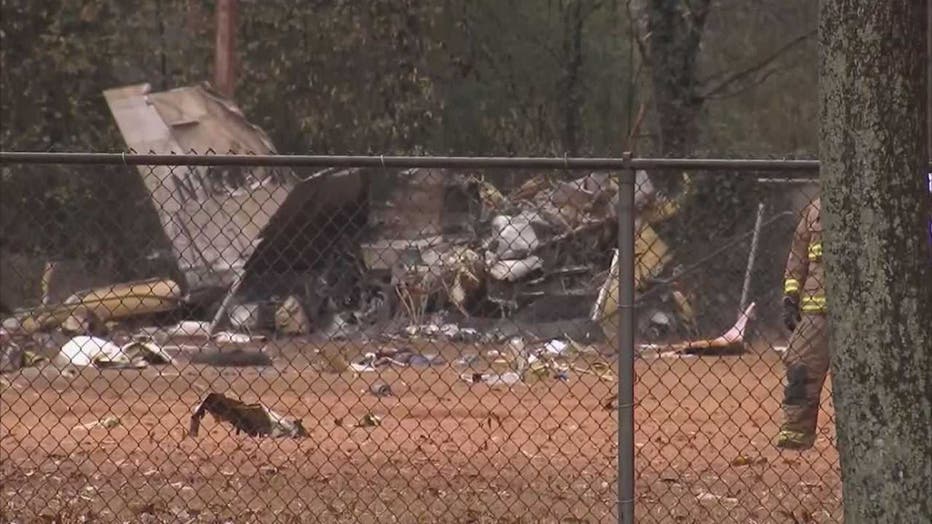 A small jet plane crashed at a football field near the Fulton County Airport on December 2020. (FOX 5)

The NTSB report released in July said the plane took off in cloudy conditions and the pilot was using the aircraft’s instruments to fly.

The plane then descended in a right turn and made an inverted roll before hitting the ground near some trees about 1 mile from the airport, the report said.

The report issued a probable cause finding that the pilot “became spatially disoriented after entering the cloud layer, which resulted in the airplane’s high rate of climb, rapid loss of airspeed, and a likely aerodynamic stall.”

“The steep descending right turn, the airplane’s roll to an inverted attitude, and the high-energy impact are also consistent with a loss of control due to spatial disorientation,” the report said.

Also killed in the crash were passengers John Chen, Bruce Pelynio and Danielle Robinson. No injuries on the ground were reported.