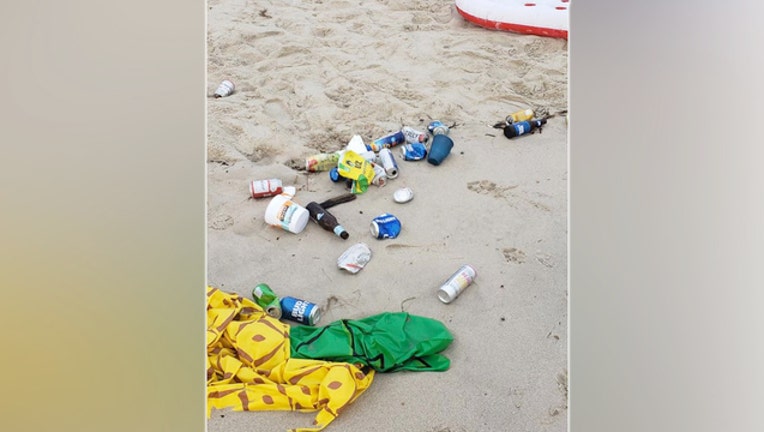 (FOX 46 CHARLOTTE) - Piles of trash were left behind Monday along the shore of Virginia Beach following a popular Memorial Day Weekend event called "Floatopia" where beachgoers commemorate the holiday by bringing floats to the beach, according to local reports. Mobile users, click here.

A video shared by Melissa Noel that shows trash everywhere on the shore has since gone viral on Facebook with more than 13,000 shares and nearly 2,000 comments.

"Stay classy, Virginia Beach," Noel can be heard saying over footage of cups, wrappers and other trash strewn along the shore.

Virginia Beach Councilman Michael Berlucchi took to Facebook on Monday to express his displeasure and disappointment in the terrible mess left behind.

"I was disappointed to wake up this morning to see images of trash all over our beautiful Chesapeake Bay beach after Sunday’s festivities. We can do better than this! Let’s work together to keep our City beautiful and clean," he said.

Councilman Berlucchi went on to explain to those who had commented in his post that Virginia Beach City Government and many citizen volunteers cleaned the beach Monday morning and apparently collected "10 tons of trash and debris" from their Chesapeake Bay beaches.

"I’m grateful for their efforts and hope we all make an effort to keep our City clean," he said.