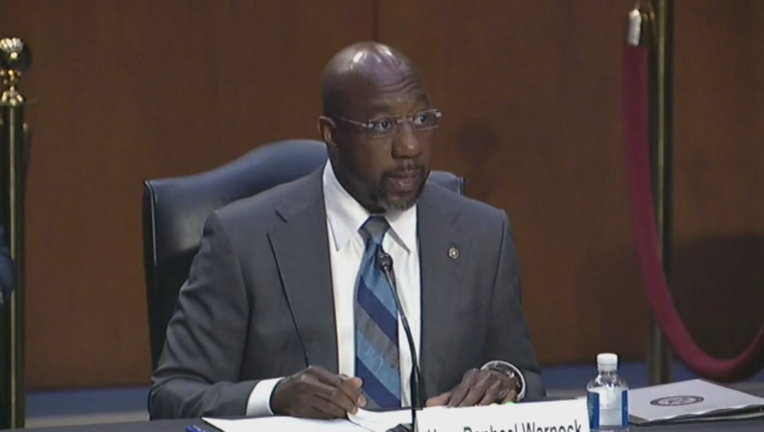 ATLANTA - Democratic U.S. Sen. Raphael Warnock raised an eye-popping $7.2 million this spring. For his encore in the three months ended Sept. 30, he opened the firehose a little wider.

Warnock raised more than $9 million during the quarter, leaving him with $17.2 million in cash on hand. His campaign says 145,000 people donated.

Warnock raised more than $150 million from the start of his campaign through March 31, part of a pair of the most expensive political races Georgia has ever seen. But he has to keep hustling for cash because he only won two years in the Senate and has to be reelected next year to win a full six-year term in what could be a bruising race.

A race on that scale again means an avalanche of cash would be coming.

Someone who might be able to keep up is Herschel Walker, who collected almost $3.8 million in the first five weeks of his campaign on the Republican side. Walker’s campaign said he had more than 50,000 donors. A close friend of former President Donald Trump and a former football great, Walker finished the quarter with $2.5 million in cash.

Walker quickly outdistanced the other Republicans in the race. Latham Saddler, a Navy veteran and former bank executive, continued to raise money at a respectable clip but saw donations slow, bringing in $1 million in the quarter and ending with $1.6 million in the bank.

In the 6th District, incumbent Democratic U.S. Rep. Lucy McBath raised $846,000 during the period and concluded with $1.95 million in the bank. The district currently includes parts of Cobb, Fulton and DeKalb counties, but could be redrawn.

In the 7th Congressional District, which currently covers parts of Gwinnett and Forsyth counties in suburban Atlanta, Democratic U.S. Rep. Carolyn Bourdeaux said she had raised $704,000 in the three-month period and had $1.7 million in reserve.

Republican Rich McCormick, an emergency medicine physician and Marine veteran who lost narrowly to Bourdeaux last year, said he raised $626,000 during the quarter and reported having $767,000 in cash.

Despite the 14th being one of the most Republican districts in the country, Democrats are raising substantial sums to challenge the headline-grabbing Greene. Marcus Flowers took in $1.3 million and has $1.1 million cash, having spent two-thirds of the $3.3 million he has raised so far. Holly McCormack raised $440,000 and has $688,000 on hand. Wendy Davis raised $136,000 and has $105,000 in cash.

In the 10th District, where Republican U.S. Rep. Jody Hice is stepping down to run for secretary of state, three Democrats and 13 Republicans have filed to run. Eight of the Republican concluded the quarter with more than $100,000 in cash. Trucking company owner Mike Collins of Jackson, who lost a primary race to Hice in 2014, raised $220,000 in the quarter and had $402,000 on hand after earlier loaning his campaign $400,000. Former Trump administration official Patrick Witt of Bogart raised $169,000 and loaned his campaign $188,000, ending the period with $305,000 in cash.