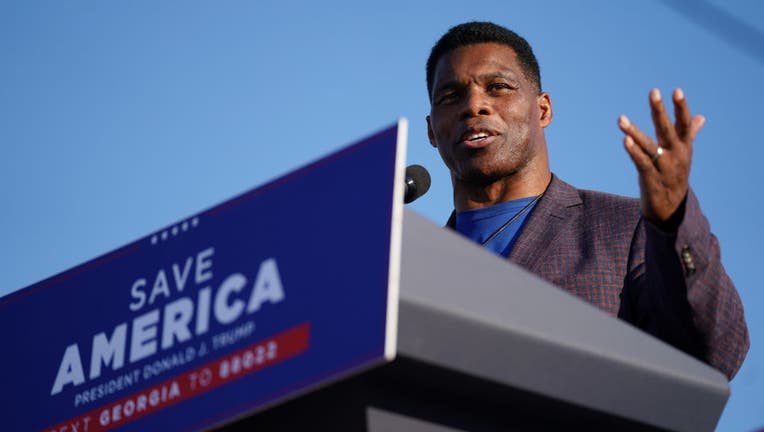 ATLANTA - Former UGA football legend Herschel Walkers says that he has raised nearly $4 million in a little more than a month since announcing his campaign for one of Georgia's Senate seats.

His campaign says donations have come from all 50 states and from almost 50,000 individual donors.

"We are overwhelmed by the support from nearly 50,000 Americans who love this country and want to help our campaign," Walker said in a statement. "Though we only had 5 weeks to fundraise this quarter, tens of thousands of Georgians and patriots across the country stepped up to the plate to help us take back the United States Senate. We are grateful for each and every cent and look forward to continuing to travel across this great state shaking hands with real Georgians and hearing about the issues facing their communities."

Walker, who won the Heisman Trophy as a running back for the University of Georgia, announced his campaign to take the seat held by Democratic Sen. Rev. Raphael Warnock in late August, saying he "can’t sit on the sidelines anymore."

If Walker emerges from the Republican primary, the Senate contest would feature two Black men vying for a seat in the heart of the Deep South. First, though, Walker has to get past Republicans already running, including state Agriculture Commissioner Gary Black, former banking executive and Navy veteran Latham Saddler and contractor Kelvin King.

Walker dubbed his campaign committee Team Herschel in declaring his candidacy Tuesday with the Federal Election Commission. His foremost teammate may be former president Donald Trump. Their relationship dates to the 1980s, when Walker played for a Trump-owned team in the short-lived United States Football League. Walker, who went on to play 12 seasons in the NFL, spoke in support of Trump at the 2020 Republican National Convention and later attended Trump’s private birthday celebration.

Trump publicly encouraged Walker to enter the primary, telling a radio show in June that "he’s a great guy, he’s a patriot and he’s a very loyal person, he’s a very strong person. They love him in Georgia, I tell you."

Warnock has already raised more than $10.5 million for the 2022 race but has downplayed Walker’s entry.

"And I hear there’s a race next year," Warnock told the Atlanta Press Club in August when asked about Walker.