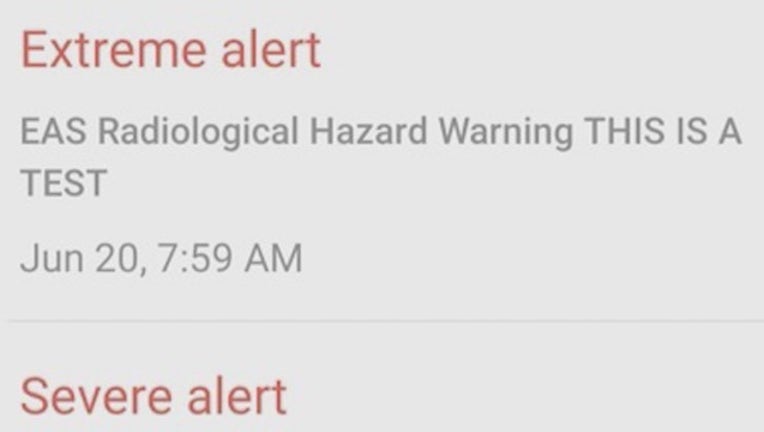 ATLANTA (AP) - A "radiological hazard warning" popped up on phone screens, crawled across television stations and blared from radios across Georgia.

But the ominous warning that caused alarm Thursday morning was only a test and was never supposed to be sent out to the public.

Instead, he says it was coded as a real emergency and caused the warning to go straight out onto the airwaves.

The Georgia Emergency Management and Homeland Security Agency initially said their warning was routine testing. But the agency later said it was for internal training and shouldn't have gone public.

People across the region took to social media to express panic and confusion over the alert.