ATLANTA - A popular sushi restaurant in Midtown turned into a crime scene late Thursday evening after police said a fight among employees turned into gunfire.

The shooting happened at RA Sushi Bar on the 1000 block of Peachtree Street shortly around 10:50 p.m. Atlanta police said an off-duty security guard tried to break up a dispute between two employees but ended up being shot several times.

The gunman, a chef at the restaurant, fled the scene following the shooting, police said.

The victim was rushed to an area hospital in stable conditions. 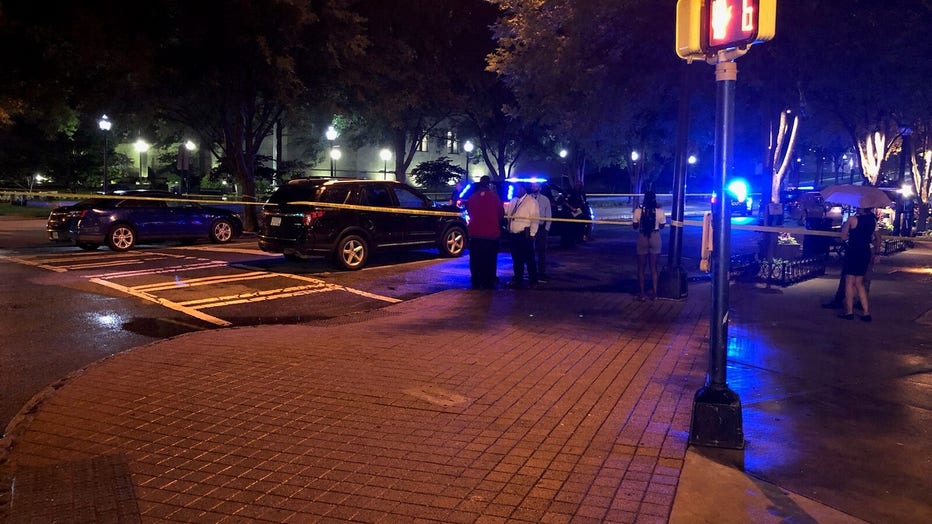 The area around the popular establishment was roped off by police tape for several hours as investigators worked to collect evidence from the scene.

As of Friday afternoon, police have not made any arrests and have not identified the gunman.

The name of the security guard and the other employee have not been released.

Anyone with information about the shooting is asked to call the Atlanta Police Department.