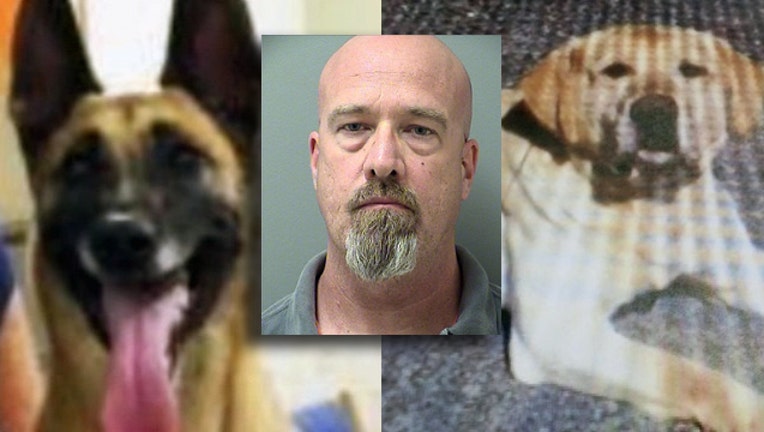 CHEROKEE COUNTY, Ga. - Prosecutors are appealing a decision to throw out the indictment against a former Cherokee County School District police officer accused in the death of two police K-9s.

Peabody was indicted last September on two counts of aggravated cruelty to animals and making a false statement. Prosecutors said the investigation started after Peabody left his K-9 partner, Inca, in his patrol car without proper ventilation on June 10. A necropsy performed by the University of Georgia found the dog died from heat stroke.

Investigators said the incident prompted them to reexamine the death of a retired K-9 officer in his care. Dale, a yellow lab, was handed over to Peabody in 2012. Peabody said the dog died from choking on a toy, but prosecutors now believe Peabody lied after investigators said they found evidence Dale was shot and killed by Peabody at his Paulding County shortly after the K-9’s retirement.

Prosecutors said they may move seek re-indictment on all counts against Peabody if the Court of Appeals does not rule in their favor.