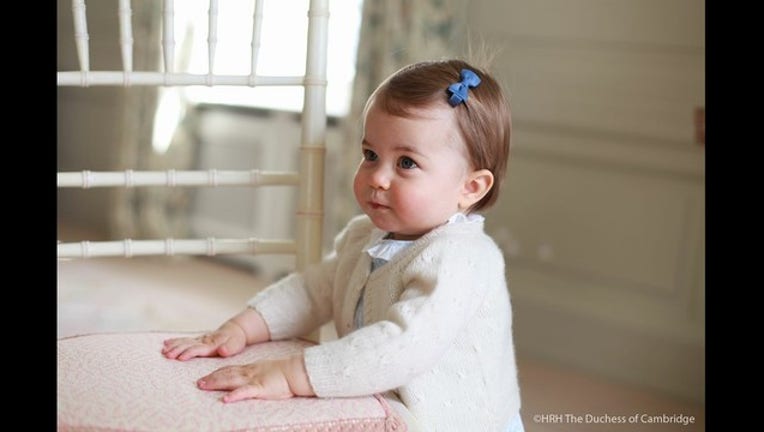 Photo released by The Duke and Duchess of Cambridge.

Princess Charlotte is celebrating her 1st birthday on Monday! Ahead of the big day, Kensington Palace officials released new -- and adorable -- photos of the young royal.

The daughter of Prince William and the Duchess of Cambridge was born on May 2 of last year. A palace statement said Sunday the photos were taken by the Duchess in April at their country home in Norfolk.

The statement says William and Kate "are very happy to be able to share these important family moments and hope that everyone enjoys these lovely photos as much as they do."

Early Monday morning, the Kensington Palace Twitter handle shared several photos of Charlotte from her first year. One includes a picture of Charlotte with her parents, outside the hospital just after she was born, snapped by Press Association.