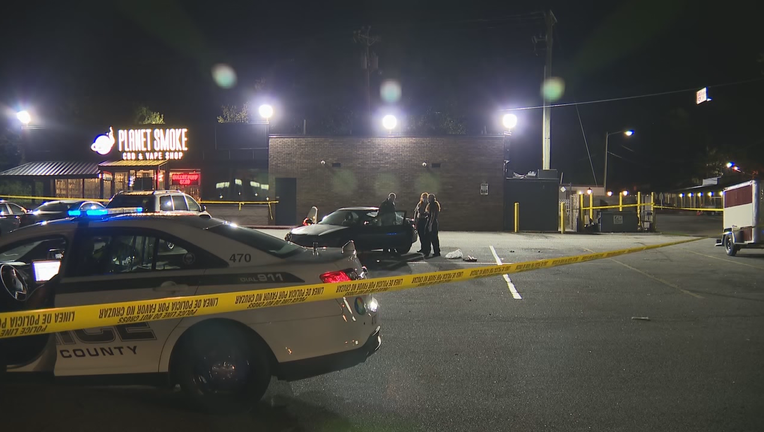 GWINNETT COUNTY, Ga. - Police are searching for a vehicle suspected of being involved in a deadly shooting along Interstate 85 early Sunday morning.

Gwinnett County police say the shooting happened near the exit for Indian Trail Lilburn Road at around 12:30 in the morning.

Police say the victim was driving along I-85 southbound in a black car and was planning on exiting the highway when a suspect in another car fired one shot into the victim's vehicle.

Medics rushed the victim, later identified as 31-year-old Steven Vallejo, to a nearby hospital but he did not survive.

Law enforcement is now on the lookout for the silver 2010s model Chevrolet Malibu or Impala connected to the shooting.

Police described the driver as a black male.

Details about what led up to the shooting were not immediately available.