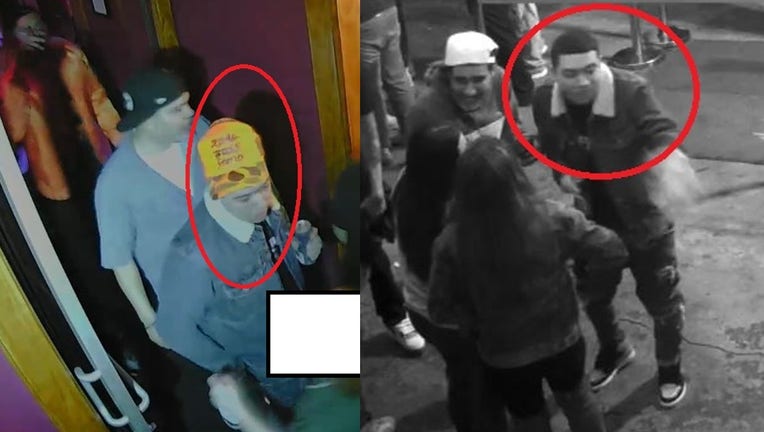 ATLANTA - Atlanta police are asking the public for help identifying a suspect in a double shooting near a popular Buckhead nightclub.

The shooting was reported around 2:46 a.m. on Jan. 22 at the intersection of Peachtree Road and West Shadowlawn, which is up the street from Red Martini Restaurant and Lounge in Buckhead Village.

According to police, a male and female both sustained gunshot wounds. The pair were taken to the hospital for treatment.

Police say it appears some sort of altercation between the male victim and male suspects led up to the shooting.

Atlanta Police said they were called to a lounge in Buckhead just before 3 a.m. over reports of shooting in the area.

Friday, Atlanta police shared video and photos of a suspect and some of his companions before the crime.

According to investigators, the suspect was wearing a blue denim jacket with a light collar and an orange cap. While the other men in the photos are not suspects, officials do believe they know the suspect.

If you have any information that can help investigators identify the man, please call the Crime Stoppers Atlanta tip line at 404-577-TIPS (8477).

A reward of up to $2000 is available for anyone whose information leads to the arrest and indictment of the suspect.