MCDONOUGH, Ga. - McDonough police are looking for a woman accused of stealing thousands of dollars for a local store. 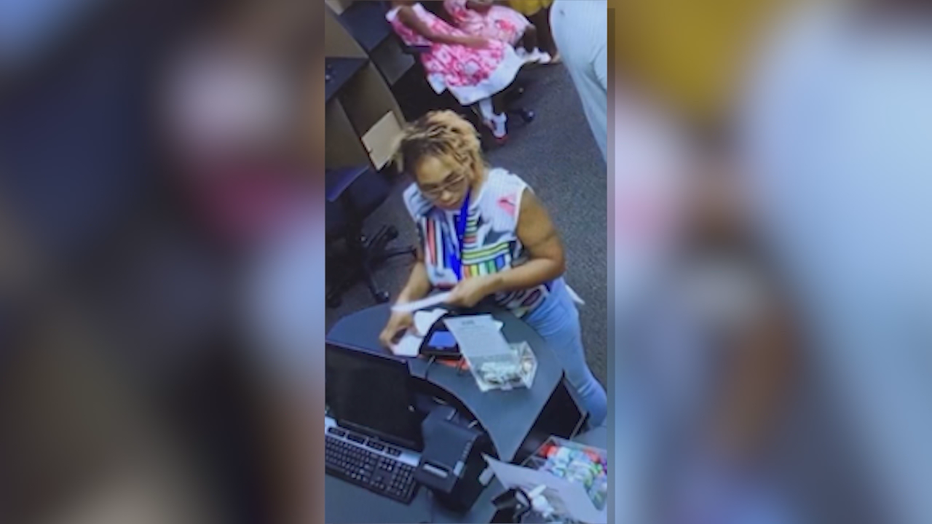 Authorities shared with FOX 5 surveillance pictures from a UPS on the 200 block of Jonesboro Road.

Police say someone left an envelope with about $3,000 dollars inside on the counter, which the woman quietly took.

The woman has tattoos on both arms and was wearing a rainbow-colored shirt, blue jeans, and glasses.