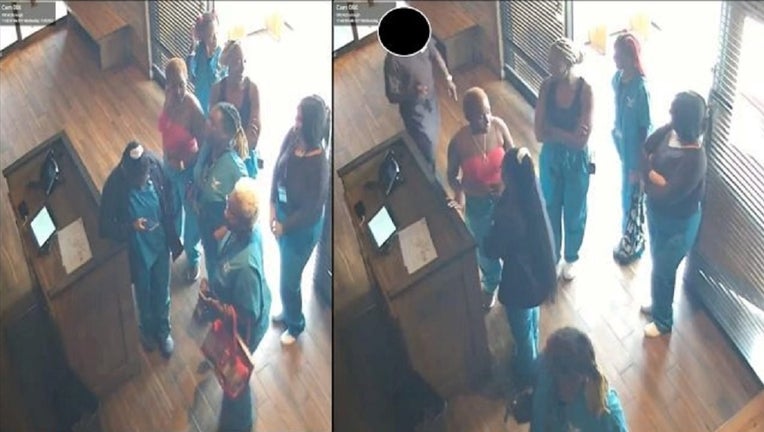 McDonough police released these images showing individuals believed to be involved in a dine-and-dash case on July 20, 2022. (McDonough Police Department)

It happened on July 20 at the Miller's Ale House located at 1490 Georgia Highway 20. McDonough police released an image of the individuals on Thursday.

Investigators say they wore scrub tops that have an insignia that is believed to be associated with a local dental assistance program.

Anyone who recognizes them is asked to call the McDonough Police Department.