CHEROKEE COUNTY, Ga. - U.S. Marshals have arrested a suspect in a shooting during a supposed shoe sale, and they say that's not the only crime the suspect was involved in. 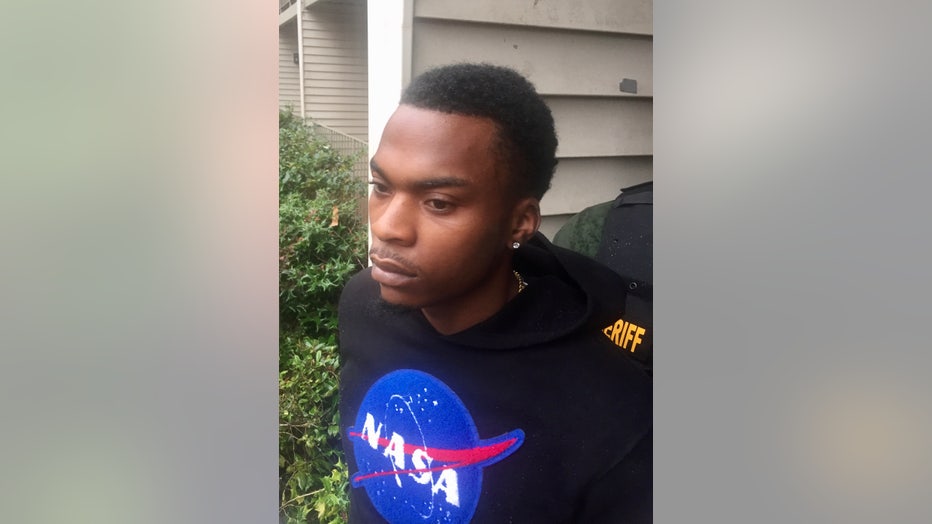 According to the Cherokee County Sheriff's Office, deputies were called to a mobile home park on Bells Ferry Road after reports of a shooting.

At that location, deputies found 24-year-old Diamond Fane shot. Fane told investigators that he was shot at the Waldan Pond apartment complex to sell a suspect some shoes.

During the investigation, officials identified a suspect as 26-year-old Acworth resident Eric Jordan Elam. He was arrested Tuesday in Stone Mountain by the U.S. Marshals Fugitive Task Force and charged with aggravated assault and armed robbery.

Deputies also charged Elam with another count of armed robbery from a Feb. 3 incident at a Walmart on Bells Ferry Road. He's accused of robbing a woman there at gunpoint and taking her cash and phone.

Elam is currently in custody at the DeKalb County Jail, where officials say he faces additional assault and robbery charges.

He is also wanted for a probation violation in Gwinnett County.