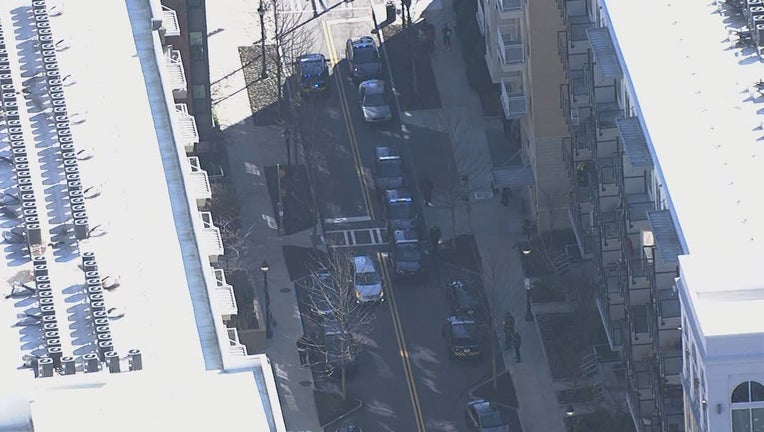 Two men were shot at a Downtown Atlanta apartment Tuesday morning after a dispute, police said, on March 8, 2021. (FOX 5)

ATLANTA - Police said a dispute likely lead to two men being shot at an apartment complex in Downtown Atlanta on Monday morning.

Police said both men were alert, conscious, and breathing when they were taken to an area hospital for treatment.

Investigators said the incident happened inside the apartment complex stemming from some sort of argument.

Police said the circumstances were still being investigated.

The names of those who were shot have not been released.