The woman was in her bedroom watching TV when a tree in her backyard crashed through the wall.

Atlanta - A Northeast Atlanta woman is lucky to be alive after a tree crashes into the room where she was watching TV.

The woman tells FOX 5 she was sitting in her bedroom when the huge pecan tree in her backyard split in half.  The tree crashed through the wall, trapping the woman inside.

She called 911. Atlanta police arrived and rescued her from the home. Luckily she wasn't hurt.

As Tropical Storm Sally continued its path through Georgia, multiple trees have been uprooted by the heavy winds. 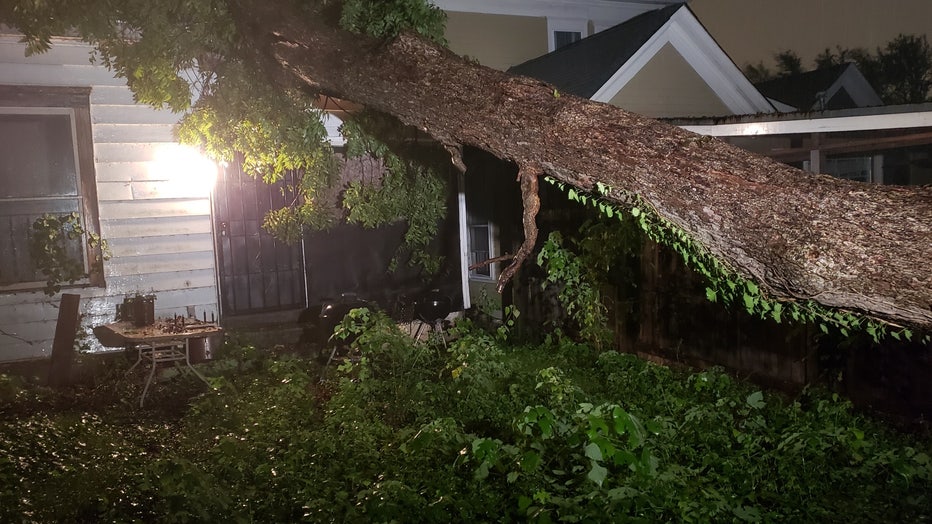 Wednesday, firefighters rescued one person trapped inside their home in the 1500 block of Linda Way SW and found a second person who was able to free themselves.

A third person, who has not been identified, was found dead when rescue crews were able to shore up the tree and structure and make a search of the scene.

As of 5 a.m. Georgia EMCs are reporting about 6,200 outages across the state. Georgia Power reported over 18,000 customers affected by outages.