ATHENS, Ga. - Police have released a sketch of a suspect wanted in a robbery at gunpoint in Athens, Georgia.

Police say the suspect has tattoos on his neck and forehead.

According to Athens-Clarke County Police, the robbery happened on Thursday, Oct. 10 just after noon on the 300 block of South Pope Street near Waddell Street.

Officials say a 21-year-old man was held up at that location by two individuals.

Police describe the suspect as being about 6-feet-1-inch tall with a slim build. He was wearing dark clothing at the time.

According to detectives, the suspect also probably had tattoos on his neck and forehead.

Police have also released surveillance video near the scene, hoping that the video will help identify the culprits. 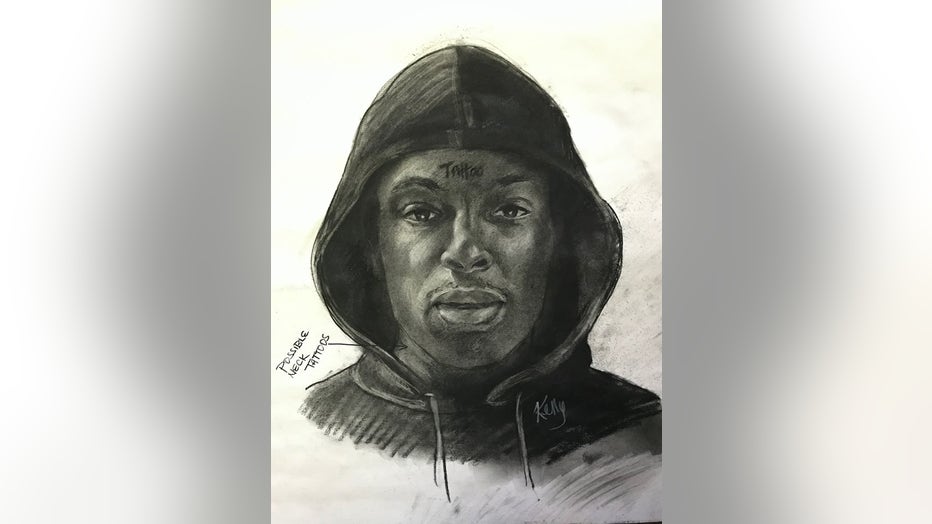 Athens police are hoping someone recognizes this man in the video