Police have been searching for 30-year-old Demetrice Allen. Family members said he went out with some friends and was last seen December 7 at Ten ATL Bar and Lounge in the East Atlanta Village around 9 p.m. 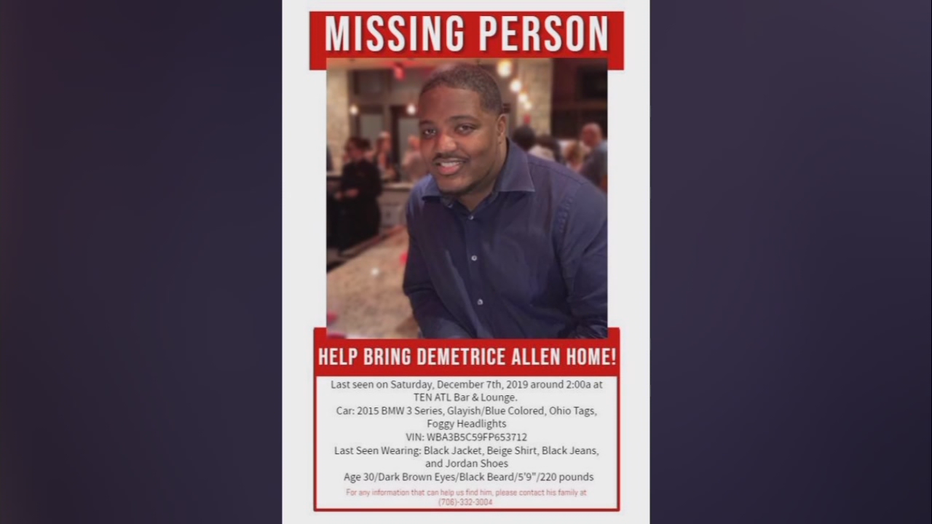 Allen reportedly sent a text saying he was going to The Cookout on Moreland Avenue and then heading home but he never made it back.

On Friday, police confirmed they found Allen dead. Police said Allen was involved in a crash in Clayton County on Saturday night. He died from his injuries the next day.

Police in Clayton County said Allen was the “at-fault” driver for a multiple-vehicle crash along Interstate 285 East near Old Dixie Highway.

Allen suffered severe injuries, but police said they did not appear life-threatening at the time. Officers recalled Allen was “alert, conscious, and combative” when he was taken to an area hospital for treatment.

Police said because of his condition, officers were not able to identify him. When investigators followed up the next day, they found out Allen had passed away. His body was taken to the Georgia Bureau of Investigations Crime Lab for an autopsy.

Investigators said the specific details of the crash were under investigation.

The police departments of South Fulton and Clayton County are cooperating in the investigation.