DECATUR, Ga. - Police have arrested three metro Atlanta teenagers after officials say they were caught in the act burglarizing a home in Decatur.

Officials say at around 12:20 p.m. on Tuesday, a  neighbor noticed a suspicious vehicle backing into a driveway at a home on the 1000 block of East Lake Drive. 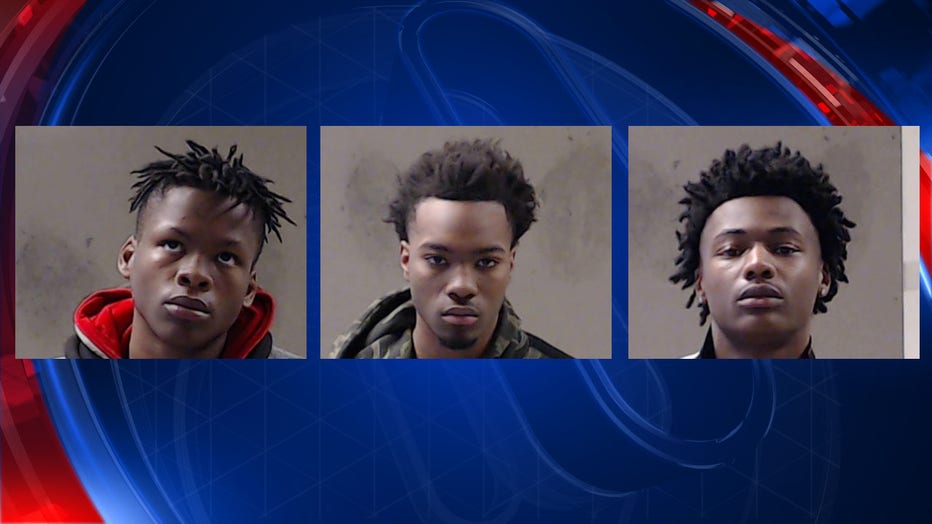 Police say a stolen FitBit was found on one of the suspects' wrists when they caught them. (Decatur Police Department)

Thinking quickly, the neighbor blocked the suspect's vehicle with his own car and called the police.

When an officer got to the scene, officials say he saw three suspects run from the back of the house and get into the car. Having nowhere to go, however, they fled on foot, leaping over multiple fences.

After a description of the suspects were radioed out police say one was taken into custody behind a home on the 2000 block of Hosea Williams Drive. The two others were found inside a shed in the 900 block of East Lake Drive.

During the investigation, police noticed that the rear window of the home had been forced open. The homeowner told police that a new FitBit Versa was missing, which police say was found on the wrist of a suspect.

Additionally, police say the Lexus used by the suspects was also reported stolen in Lake City.

Investigators say they will be working with neighboring agencies to help return additional items found in the suspects' possession and inside the vehicle to their rightful owners.