Dunwoody police say they caught the gunman who shot three&nbsp;people Sunday night, killing two of them.

Dunwoody police responded to a call of shots fired just off Peachtree Industrial Blvd near the entrance of Dunwoody Glen Apartments Sunday night. When investigators pulled up they found three people lying in the middle of the street with gunshot wounds. 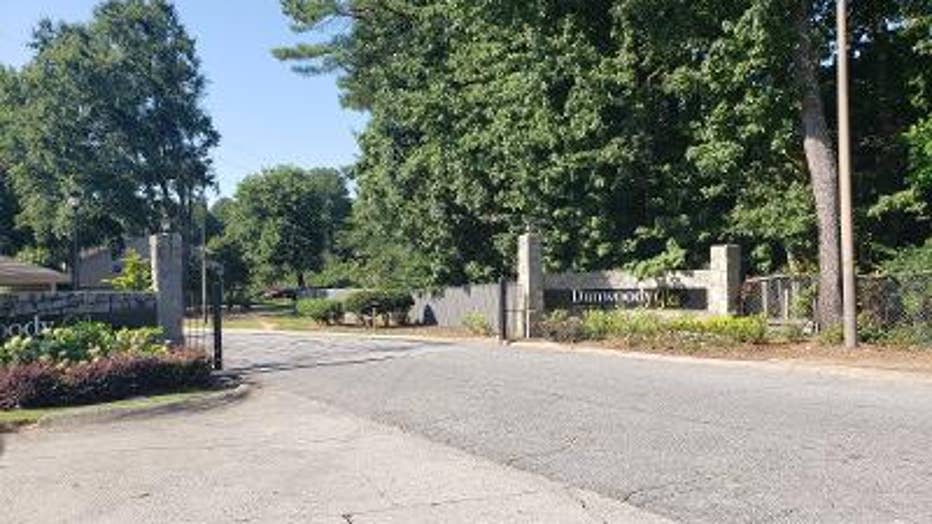 Police say the three family members as well as a juvenile were all in an SUV. They had just left the apartment complex when police say they were confronted by Crystal's ex-boyfriend, 23 year old Justin Turner.

"The four were traveling in their suv out of the Dunwoody Glen Apartments when Mr. Turner pulled his vehicle in front of them cutting them off, he then exited the vehicle firing multiple shots," said Dunwoody Police Sgt. Robert Parsons.

Detectives say Turner jumped back in his SUV adn took off. Investigators searched throughout the night and most of the day for Turner, they found in in Atlanta Monday afternoon.

"Dunwoody Police were involved in a foot pursuit with him, then he was taken in to custody without further incident," said Sgt. Parsons.

Turner faces a number of charges including two counts of murder. Detectives are still looking into what led up to the shooting.

"Still under investigation by our detectives. They're working to piece together what led up to this horrible act," said Sgt. Parsons.

Investigators have not released any more details about the juvenile who was in the SUV with the family. They did say he was not hurt.