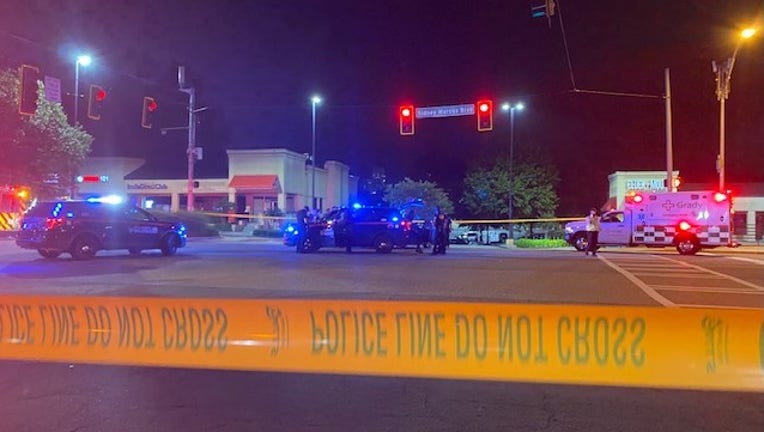 ATLANTA - Atlanta police are searching for three men inside a white vehicle who sped away from a shooting early Thursday morning.

Officers tell FOX 5 the shooting happened before 2 a.m. at a Chevron gas station on Piedmont Road.

According to investigators, someone in a white vehicle shot a man at the gas station before speeding away.

Police say the man then drove himself to another gas station on Sydney Marcus Boulevard to call for help.

Officers have not released the identities of the victim or any possible suspects.

There is no word on the victim's condition.