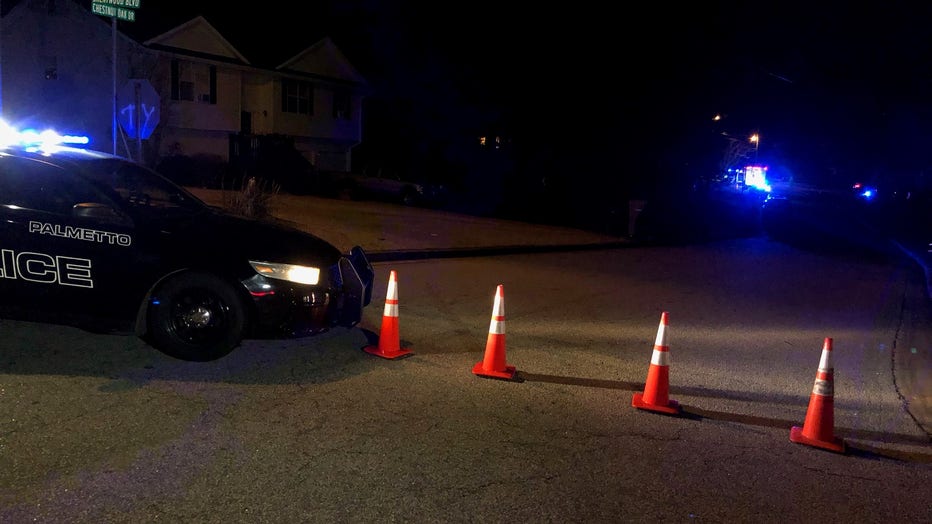 Officers secure the crime scene where a man was shot and killed in Palmetto, Georgia. (FOX 5 Atlanta)

Officers were called to a report of a person shot just after 10:45 p.m. in the 500 block of Chestnut Oak Drive.

When officers arrived they found a 31-year-old man fatally shot on the floor in the living room of the house.

Police say someone fired multiple times into the home, striking the victim at least once. Another family member was in the house at the time of the shooting but was not harmed.

The scene was secured and the Georgia Bureau of Investigation was requested to take the lead on this investigation.