ATLANTA - Atlanta police are searching for a man who pulled down his pants and fondled himself while being dropped off by his Lyft driver in downtown Atlanta.

When the rideshare driver asked the man to stop, he said the passenger refused.

Miguel Suarce was driving a customer to a destination on Ralph McGill parkway when he noticed his passenger in the backseat had pulled his pants down.

Suarce said the man started touching himself inappropriately. When he asked the man to stop, he said the passenger refused.

According to Suarce, when he told the passenger to exit the car or he would call the police, the passenger offered to pay the driver an extra fee if he did not report the incident to authorities.

The passenger eventually exited the vehicle, and Suarce called Atlanta police. He said he is worried this man will act again.

He said he is most concerned this man will do something inappropriate to a female rideshare driver. 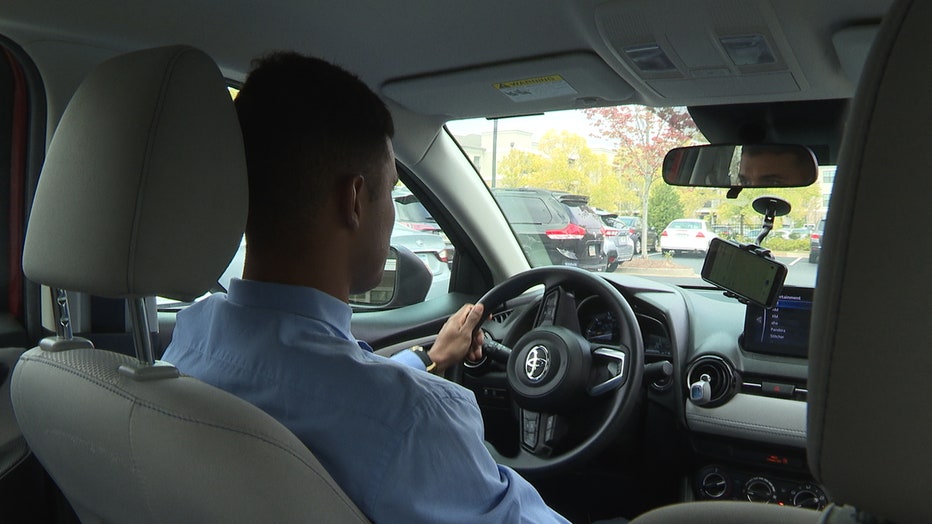 Authorities are now searching for the passenger, whose identity has not been released.

When FOX 5 reached out to Lyft, the rideshare company released this statement:

"Safety is fundamental to Lyft. What the driver described is unacceptable, and the rider has been banned from Lyft. We have reached out to the authorities and stand ready to assist law enforcement."

No arrests have been made in this case.