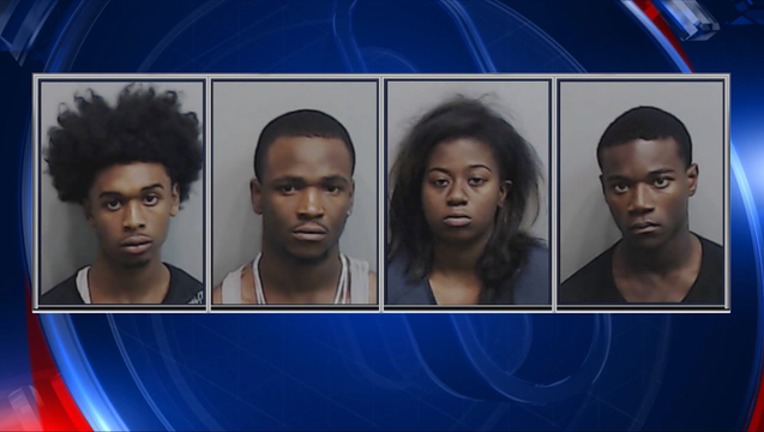 ATLANTA - Atlanta Police say they have made significant arrests in an effort to curb vehicle break-ins and get guns off the streets.

Officers took Dereck Romelle Adams, 19, Demontaa Crosby, 17, Alsaqwan Driuma Parker, 19, and Michael Ulysses Morgan , 17, into custody after getting a call about a vehicle break-in on Magnum Street on Monday evening. The teens face multiple charges including entering auto, criminal damage to property, burglary, possession of a firearm, possession of marijuana and minor in possession of a handgun.

Police say a witness told officers they saw a man and woman get out of a vehicle and force their way into another in the parking lot.

Officers found that vehicle less than a mile away in a gas station parking lot and arrested the four suspects.

Officers tell FOX 5 they found a number of guns, ammunition and a small bag of drugs inside the vehicle.