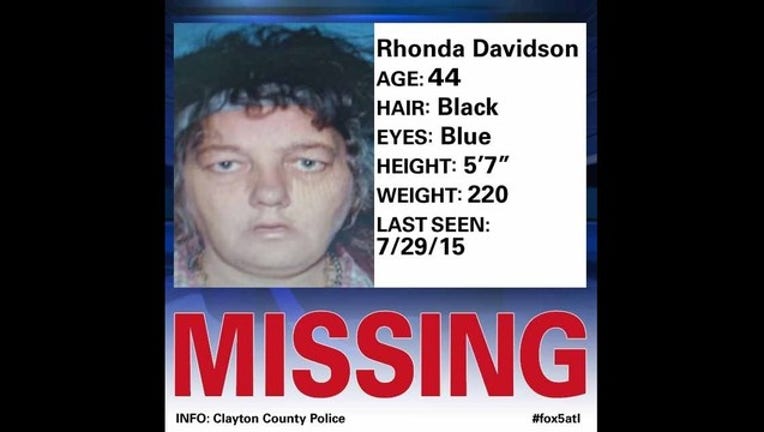 Police have issued a Mattie’s Call for a 44-year-old Riverdale woman.

Clayton County Police said Rhonda Davidson was last seen Wednesday at her home in the 1900 block of Westley Drive. It is believed she left the area on foot.

Police describe Davidson as being 5 feet, 7 inches tall and weighing about 200 pounds with black hair and blue eyes. She was last seen wearing blue jeans a white t-shirts and blue flip-flop sandals.

Davidson has not taken required medication in several days, according to police.