Police say the murder suspect and a victim were killed in two separate shootings in the area of Covington Highway early Wednesday morning.

DEKALB COUNTY, Ga. - The Georgia Bureau of Investigation has been called to an officer-involved shooting at a warehouse parking lot in Lithonia Wednesday morning.

According to officials, officers were called to a scene in the area of Covington Highway at Lithonia Industrial Boulevard around 4:15 a.m after reports of a person shot.

When they arrived, DeKalb County police say they found a damaged car in the roadway with no headlights. When officers approached the car, the man driving fled.

In his attempt to get away from officers, police say the suspect, identified as 57-year-old Lithonia resident Willie Roy Allen and attempted to run. After a brief chase, police say Allen pointed a weapon at officers, leading them to fire guns and Tasers.

Allen died at the scene. No officers were injured.

During their investigation, officers found a person suffering from gunshot wounds inside the abandoned vehicle. That unidentified individual has been transported to Grady Memorial Hospital. The GBI has confirmed with FOX 5's Brooke Zauner that the victim has died from his injuries. 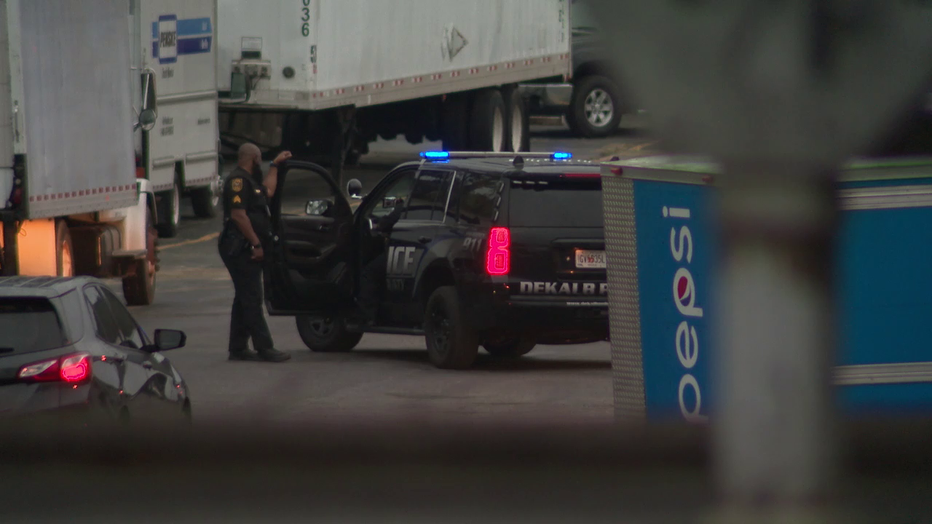 The DeKalb County Police Department and the GBI are continuing investigations of both the unnamed individual in the car and the officer-involved shooting.

This is the 19th officer-involved shooting investigated by the GBI this year.