Police believe the victim was not targeted and seemed to have been caught in the crossfire when bullets starting flying in the area.

ATLANTA - Police are investigating a shooting at a southwest Atlanta townhome that killed an innocent bystander on Monday evening.

It happened in the 4200 block of Notting Hill Drive SW in the Notting Hill at Arlington subdivision just after 6:30 p.m.

Atlanta police said officers arrived to find a man suffering from an apparent gunshot wound. He was pronounced dead at the scene.

According to police, the victim was not targeted and seemed to have been caught in the crossfire when bullets starting flying in the area.

"We have a large crime scene where it appears to us a gun battle ensued between two sets of individuals," APD Major D'Andrea Price said.

Police say the shooting happened in front of a townhome in the neighborhood not far from where a group of kids was playing basketball. 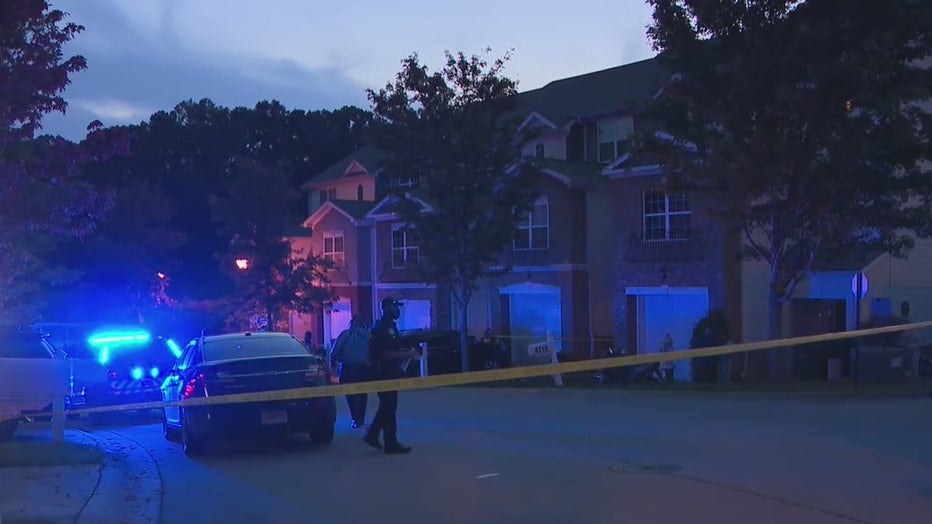 One person is in custody, though police have not said whether he was involved in the shooting.

The names of the victim or the person in custody have not been released.