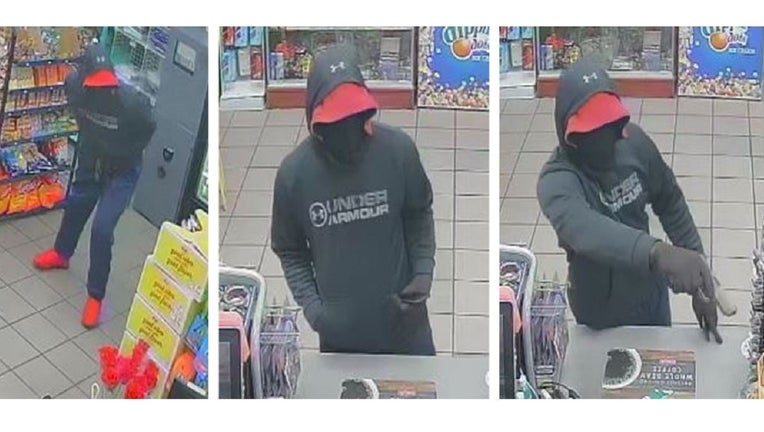 Police release these images of a suspect wanted for a homicide at a Raceway in Stockbridge on Jan. 25, 2021. (Henry County Police Department)

HENRY COUNTY, Ga. - Police in Henry County needs the public’s help to identify the suspect wanted for a homicide at a gas station early Monday morning.

It happened at the Raceway located at 631 Highway 13 W. in Stockbridge. Henry County police released three images of the armed suspect taken by the store’s surveillance cameras.

The man appears to be wearing a hooded Under Armour brand sweatshirt over a second red hoodie. The suspect’s face is completely covered by a black mask and was wearing gloves. One photo also shows the suspect was wearing bright red sneakers and blue pants. Another photo shows the gloved suspect pointing a silver handgun.

Police said the suspect is considered armed and dangerous. 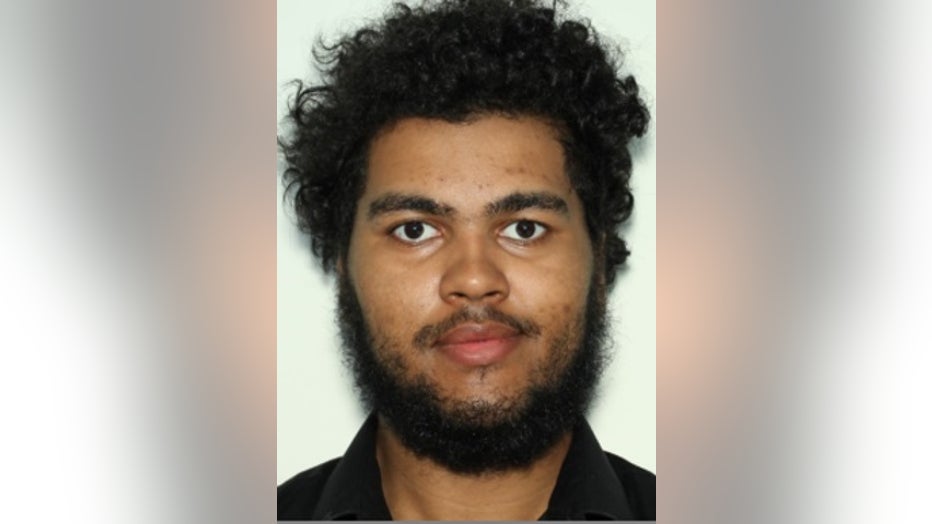 This is the second deadly shooting at a gas station in Henry County in the last week. Police said officers arrested Quintarus James Jackson for a deadly shooting at the QuikTrip located at 1494 Jonesboro Road in McDonough around 11:18 p.m. Friday.

Police said officers arrived to find 31-year-old Michael Jamal Colquitt suffering from an apparent gunshot wound. He was transported to an area hospital where he later died.

Jackson was later arrested and charged with aggravated assault, possession of a firearm during a crime, traffic charges, and murder.

The cause and details surrounding both deadly shootings have not been released.

Anyone with information on either incident is asked to contact the Henry County Police Department.