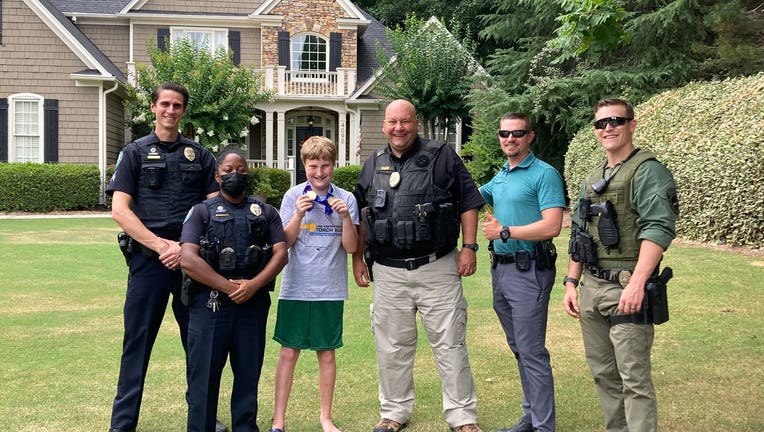 The boy was surprised on Monday afternoon as police drove through the boy's neighborhood with lights flashing to celebrate the champion's medals in the 100-meter and 200-meter races.

In a Facebook post, the Roswell Police Department said officers were returning the favor to Patrick for supporting the police department in the Law Enforcement Torch Run. Earlier this year, the police department surprised Patrick by asking him if he’d like to run alongside us as we bring the Flame of Hope through Roswell.

The 2022 State Summer Games were held at Emory University from May 27 through 29.