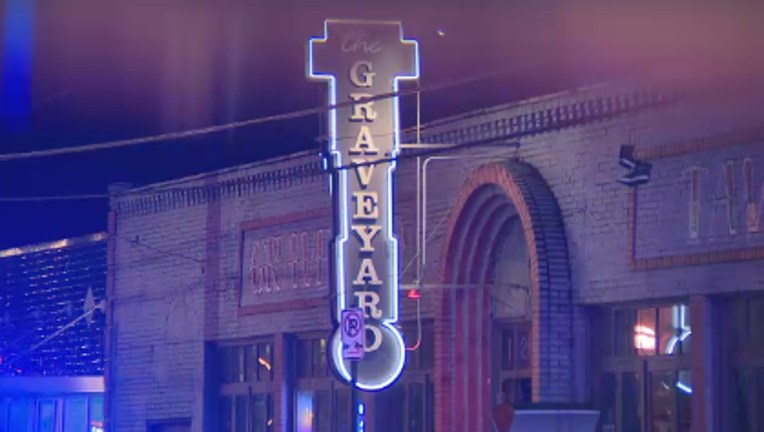 ATLANTA - A late night shooting cleared a popular bar in East Atlanta Village and shut down a portion of Glenwood Avenue.

Atlanta Police were on the scene just before 11 p.m., zeroing in on the corner next to Graveyard Tavern.

Police say an argument between two men around the pool tables the bar spilled into the street.

An argument between two men around the pool tables at Graveyard Tavern spilled into the street just as the bar was getting busy, according to investigators. That's when the two men began shooting at each other.

One of them remained on scene, and the other fled. He later called 911 from Candler Road in DeKalb County.​​

“Both of them had a weapon, [and] both of them were shooting at each other,” said Atlanta Police Department Captain Jessica Bruce. “We collected two weapons – one from the [man] that remained on scene, one from [the second man] inside his car on [Candler Road].”

The two men sustained bullet wounds. One male was struck in the face, and the second was hit in the stomach and leg. Police said they were transported to nearby hospitals for surgery.​

In the meantime, investigators are hoping surveillance video will provide a more detailed timeline of what happened.