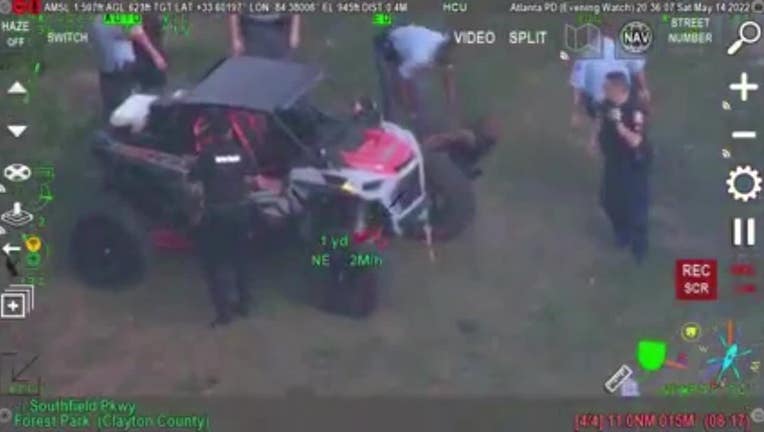 Officers say on May 14, law enforcement agencies got a call reporting a group of street racers on Northside Drive and Martin Luther King Jr. Drive.

As police and Georgia State Patrol troopers arrived in the area, officials say the ATVs began to flee.

Troopers were able to stop six of the riders on Martin Luther King Jr. Drive, but investigators say the lead vehicle fled and lead Georgia State troopers on a chase from Downtown Atlanta into Forest Park.

Officers eventually blocked the rider in and took him into custody without incident.

"We will continue to work with our law enforcement partners to quell street racing, illegal ATV driving, and other criminal activity," the Atlanta Police Department said. "Job well done to all involved."