COBB COUNTY, Ga. - Two teenagers are accused of being involved in a shooting at the Cumberland Mall food court that sent crowds panicking and one victim to the hospital.

Cobb County police say the shooting started as an argument among multiple people in the food court. After shots were fired, terrified shoppers fled from the area, scrambling to hide in stores or run into the parking lot.

Sunday, police identified the suspects as 18-year-old Zaire Dhanoolal and 19-year-old Joweer Ponce, both of Marietta. Dhanoolal is charged with two counts of felony aggravated assault. Ponce is charged with reckless conduct and carrying a concealed weapon. He's since bonded out. 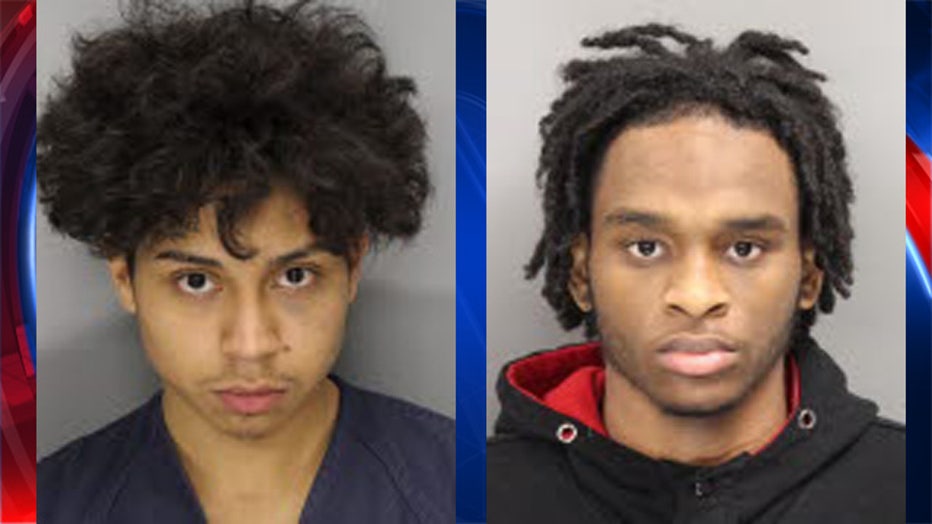 Zaire Dhanoolal and Joweer Ponce have both been arrested in connection to the Cumberland Mall shooting. (Cobb County Detention Center)

"They were at American Deli and they were arguing. And after a while, the conversation started getting heated and that's when the Hispanic man pulled out a gun and shot the other individual," Daniels told FOX 5.

Fight leads to shooting at Cumbermall

Ashante Dobbs Cooper was Christmas shopping with her 3-year-old son and mother when she heard the terrifying sounds.

"We heard blood-curdling screams and I just see women children of all ages running and screaming," Cooper said.

The three ran and found a place to hide in a department store. Like other shoppers, they were scared and unsure of what was unfolding around them.

"We never heard anything. We never heard an announcement over the PA system about what was going on," she said. "It just felt like we were in this vacuum. It was just scary from every aspect of the imagination."

According to authorities, one male victim, identified as 18-year-old Ethan Green, was taken to the hospital and underwent surgery. He is expected to survive his injuries.  Another victim was not hurt but had a gun pointed at him.

Anyone who left behind an item at the mall and needs to reclaim it should contact the mall dispatch center, police said. Officials ask that a full description of the item be given and if the item is a cell phone the passcode to unlock the phone needs to be provided.

Anyone with information on the shooting, please call the Cobb County Police Department at 770-499-3945.