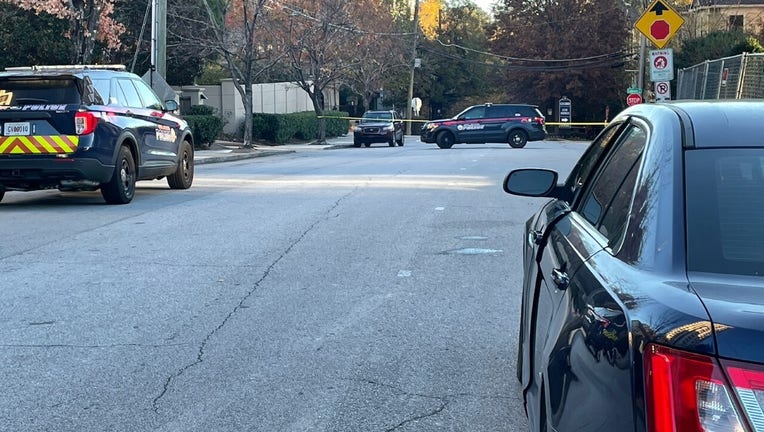 Police investigate a shooting blocks away from Lenox Square on Kingsboro Road and Lakeside Drive on Nov. 27. (FOX 5 Atlanta)

Police said a 40-year-old man was shot at around 7 a.m. near Kingsboro Road and Lakeside Drive.

Police said several people called 911 reporting shots had been fired in the area.

Officers responding to the scene found a man shot on the sidewalk. He doesn't live in the area, police said, and it's unclear if he drove or walked to the area.

Police believe the victim was targeted and the shooting was not random.