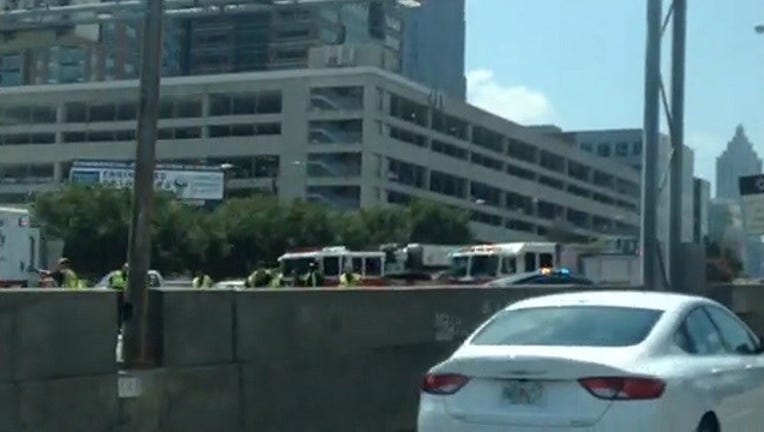 Atlanta police are investigating after a man was hit by a car on the Downtown Connector Friday afternoon.

The accident happened before noon in the northbound lanes near North Avenue.

Video taken by a FOX 5 News employee showed fire trucks, police and EMS vehicles blocking the lanes. All lanes have since reopened.

Police said the victim was taken to the hospital with scrapes and bruises.

The accident remains under investigation, but police said it was not a hit and run.