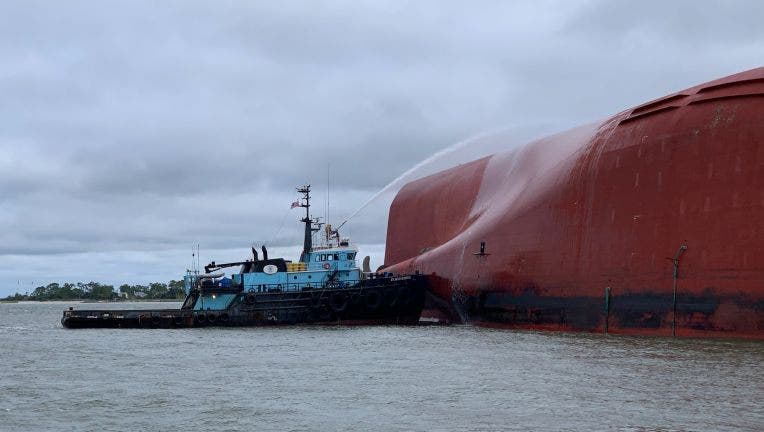 BRUNSWICK, Ga. - Part of a cargo ship that became stranded off the Georgia coast is headed to a recycling facility in Louisiana.

A barge hauling the gigantic bow section of the Golden Ray is expected to reach its destination in the Gulf of Mexico in another week or so, The Brunswick News reported. It left St. Simons Sound on Tuesday.

The 3,100-metric-ton chunk of steel is going to Gibson, Louisiana.

Salvagers are cutting the Golden Ray into pieces. The South Korean ship overturned in the sound near the Port of Brunswick in September 2019 while carrying 4,200 vehicles.

Officials initially planned to add a second section of the shipwreck to the barge that left Tuesday, but cutting to dislodge that piece had not yet begun. They wanted to remove any potential for environmental contamination from the first piece as soon as possible, according to The Brunswick News.

"When there are opportunities like this to take the section and get it to the recycling plant, we do that," Coast Guard Petty Officer 2nd Class Michael Himes, a spokesperson for the command team overseeing the response to the shipwreck. "We know residents want to see this section gone."