TAMPA, Fla. - Authorities with the Hillsborough County Sheriff’s Office arrested 104 during the second part of a monthslong operation to curb human trafficking.

During a press conference Monday, Sheriff Chad Chronister said 76 of the arrests were men who wanted to purchase sex and 28 were women who engaged in the sex trade.

Chronister said counselors were sent to speak to them in jail to “break this cycle and choose another way of life.”

“As dysfunctional as this type of behavior is…they know the individuals trafficking them are the only people they can depend on as far as feeding that addiction," he explained.

The first part of the sting resulted in 85 arrests earlier this year. 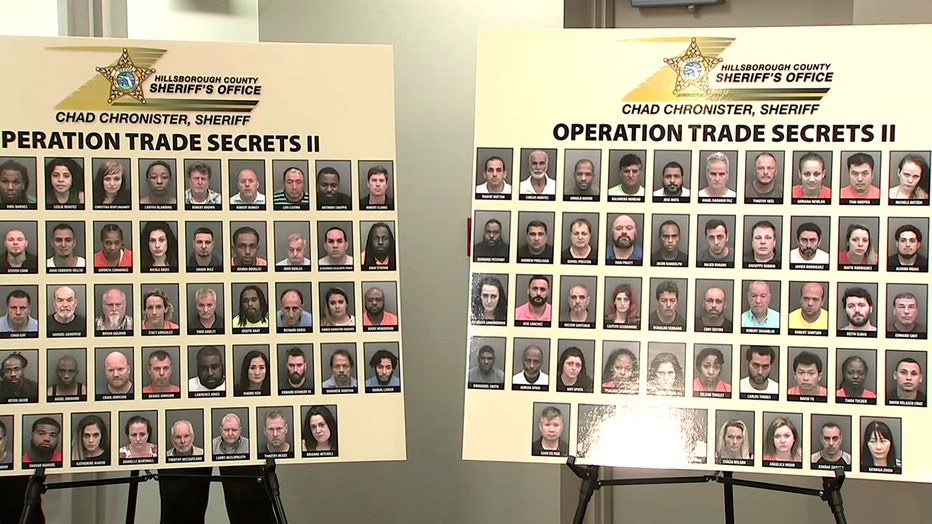 “Like any business, the human trafficking industry boils down to supply and demand," the sheriff explained. "People who profit from trafficking women and children, along with those who pay to engage in this awful trade, must always be held accountable."

Sheriff Chronister said among the most disturbing arrests were 36-year-old Jason Fitzgerald and 29-year-old Luis Colon. An undercover detective posed as the stepfather of a 14-year-old girl and arranged a time for the two suspects to perform sex acts on the fictitious child, Chronister said.

The sheriff said the acts they requested to do are "so repulsive, that I won't even begin to describe them."

Fitzgerald and Colon allegedly showed up at a trailer park in North Tampa. They began negotiating a price for sex with the child, and when they were told they could take their pick, having sex with a 14-year-old girl or a 13-year-old girl inside one of the trailers, they jumped at the chance to be with the even younger girl, explained Sheriff Chronister.

"Predators like this do not belong on the streets of Hillsborough County." 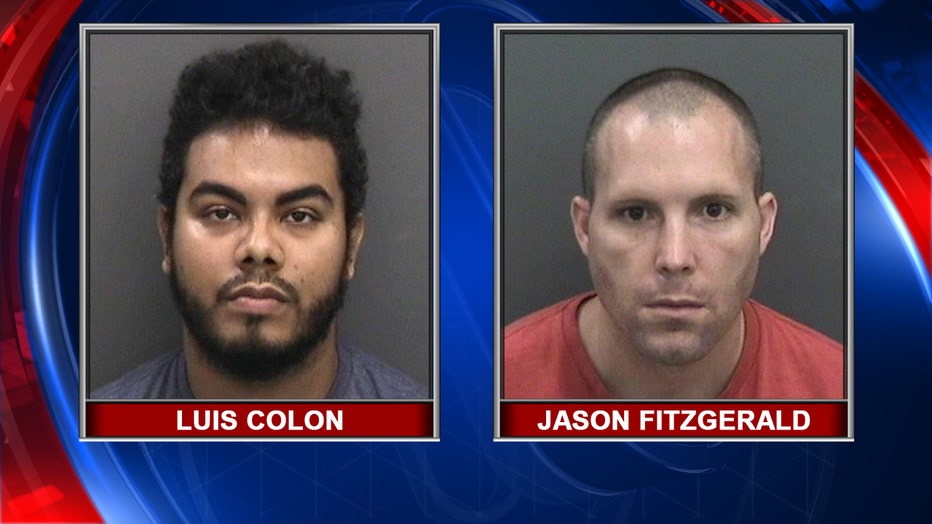 Both were arrested on human trafficking charges.

Another suspect, 29-year-old Steven Cook, met with detectives on July 3, the sheriff recounted. Cook, who is a Latin King gang member, allegedly brought two women to have sex at a motel. One woman was in pain from a medical issue, but Cook was forcing her to have sex, Chronister explained. He was arrested on a human trafficking charge. 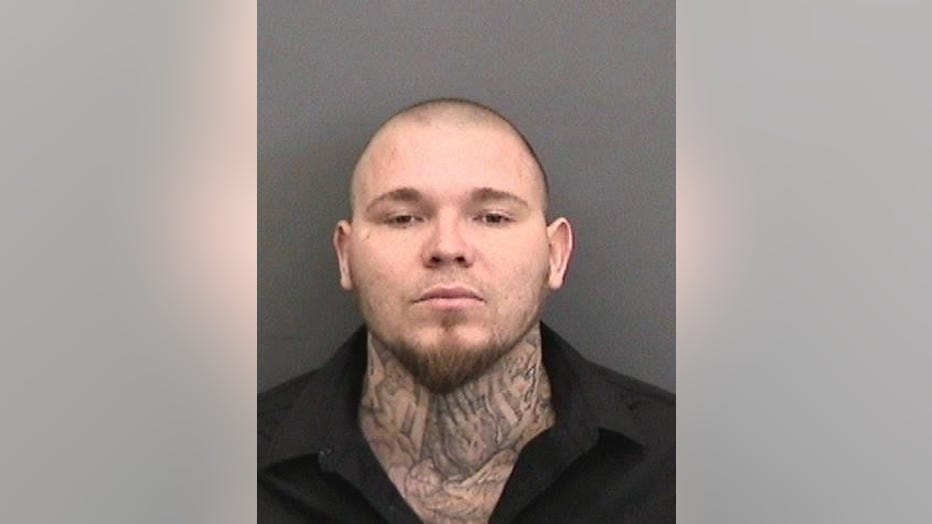 Chronister said this crackdown does not end here.

His office plans a large and coordinated response against human trafficking ahead of major events in Tampa, including WrestleMania and the Super Bowl. Law enforcement officials said they see a dramatic rise whenever large events – particularly sporting events – pop up in different cities.

“It goes back to that supply and demand. That demand goes up. A high number of people travel to the area," Sheriff Chronister added. “It’s never consensual. It’s a sure way to land yourself in jail in this county.”

Below is a video snippet from the undercover operation on November 5. The sting took place at a hotel in the area of Anderson Road and West Waters Avenue.