ATLANTA - Days before her 66th birthday, Oprah Winfrey brought her 2020 Vision: Your Life in Focus Tour to Atlanta. But the media icon was the one serving up the excitement. 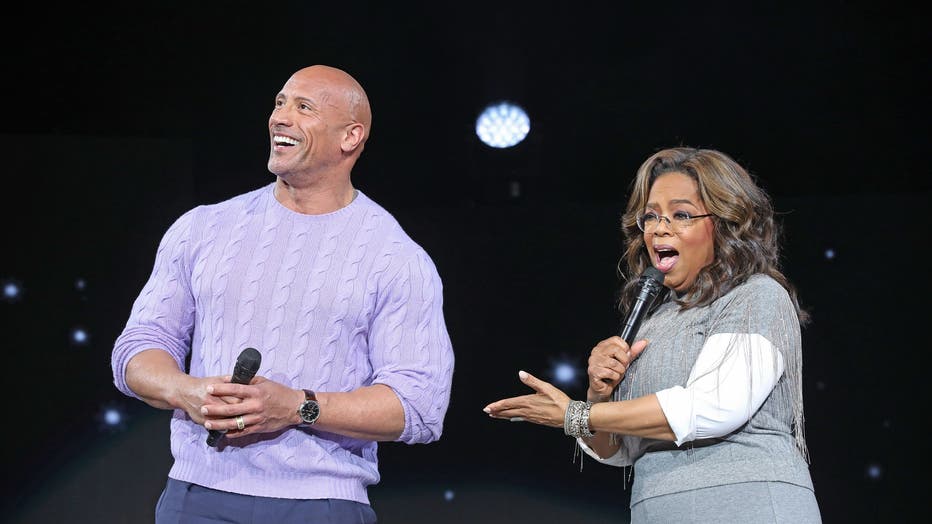 Before the talk show host even walked into the sold out State Farm Arena on Saturday, she made a few surprise stops. On Friday, Winfrey had jaws dropping during a weight loss workshop at a WW Studio in Alpharetta. For lunch, she dined-in at downtown's Busy Bee Cafe, where she enjoyed the fried catfish. She also discussed her love of reading with the Sisters Unbound Reading Everything book club. She wrapped up her tour of the metro area by dropping in on a local beauty salon.

Then, it was time for the big show. Tour organizers say 13,000 excited men and women took their seats at State Farm Arena--some as young as 10-years-old. Even her best friend, CBS News Anchor Gayle King, was in the crowd. But the attendees didn't stay in their seats for long once Winfrey took the stage.

The Emmy winner played the role of teacher, stressing the importance of living a healthier, stronger, and more vibrant life. And in her arena-turned-classroom, Winfrey had an assignment for all in attendance. The crowd of thousands cracked open workbooks, filled with questions curated by Winfrey, analyzing parts of their lives where they need to set more focus, healthier habits, and intentional goals.

"You're waiting on something bigger to happen, but it's waiting on you," Winfrey declared.

The actress and network owner allowed herself to be vulnerable on stage, sharing some of her hardships and a strained relationship with her mother who died in 2018. All this said to encourage attendees to accept difficulties from the past in order to move forward into their future.

"There's a bigger dream for your creation," Winfrey said. 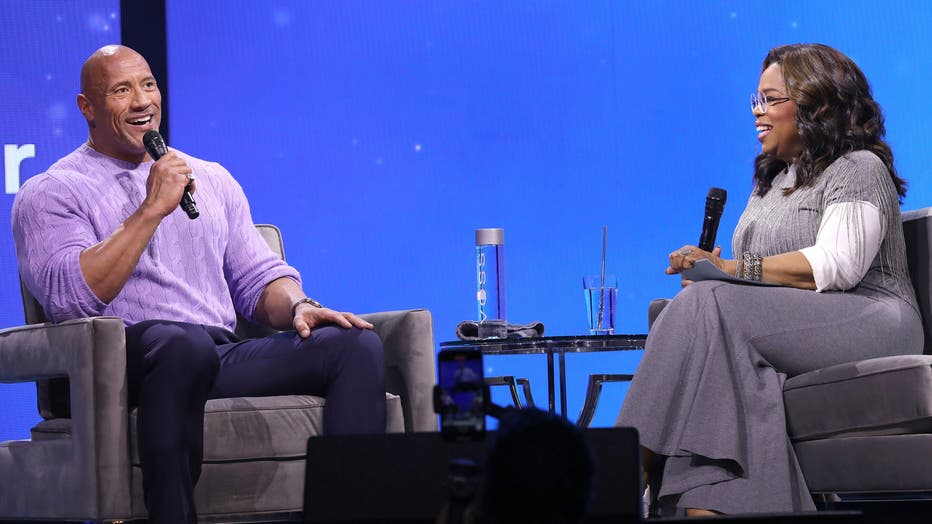 But, Winfrey and King were not the only A-listers in the building. Billboard's Gospel Artist of the Decade, Tamela Mann, stirred the audience with her stunning vocals, singing "Take Me to The King." Dancer and actress Julianne Hough led the arena in a heart-pounding KINRGY exercise routine, which combines meditation with strength training. It also gave one of the dancers--a Morehouse graduate--an opportunity to thank Winfrey for believing in him.

Then, the guest of honor took the stage. Many, including Winfrey, were unsure whether Dwayne "The Rock" Johnson would still attend the high-energy and deeply personal event. His father, pro-wrestler Rocky Johnson, had died ten days earlier. But the WWE Wrestler, actor, and businessman shared his gratitude with Winfrey and the crowd.

"I want you to know, especially this week, laying my dad to rest, I needed this from you. I needed this love." Johnson said. "When you come to this room and you have 13,000 people with one intention, which is to be better and give love, it’s a powerful thing. So, thank you. Truly."

Winfrey easily settled into her talk show host roots for the hour long conversation with "The Rock." The wrestler-turned-actor and businessman shared how even in the intense, theatrical world of wrestling, being himself was his greatest strength. He also discussed his commitment to never forgetting his past hardships and constantly striving for success, whether it be traveling with his 40,000 pound gym or taking on new business ventures, like his first ATHLETICON. The event, which Johnson describes as the ComicCon of fitness and wellness, will debut in Atlanta later this year.

"The Rock" is also taking his entrepreneurial spirit to the spirits industry. And as an early birthday treat, Johnson presented Winfrey with the first bottle of his new Teremana tequila. They toasted to Johnson's father and took a few satisfying sips of the smooth beverage, to which the crowd chuckled as Winfrey licked her lips. 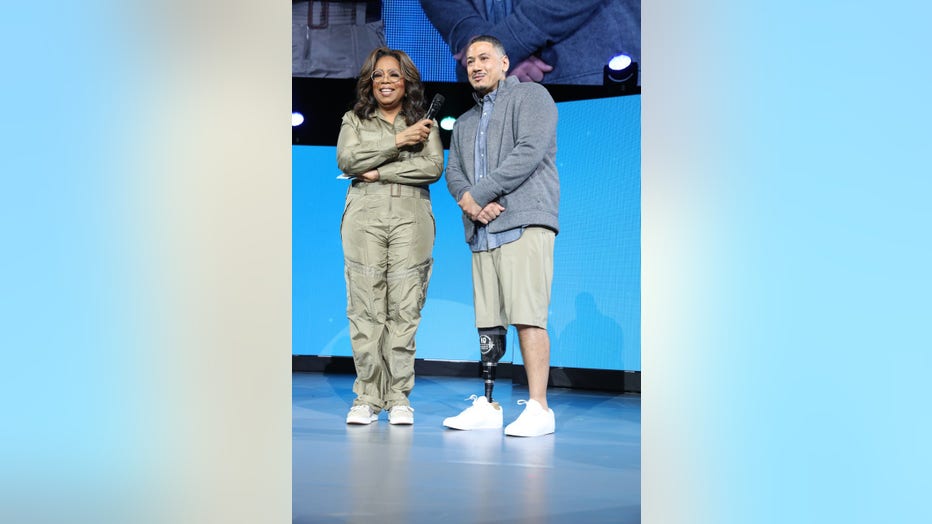 In her partnership with WW, the Emmy winner also featured a Buford man who fought his way to a healthier lifestyle and his "NO EXCUSES" mentality. Erik Pimentel survived a 2015 accident with a forklift that resulted in the amputation of his lower right leg. He admits to throwing himself a pity party at first, but his strong will demanded he live a better life.

"Being an amputee, a lot of people think it's physical. But 95% of it is mental," Pimentel said. 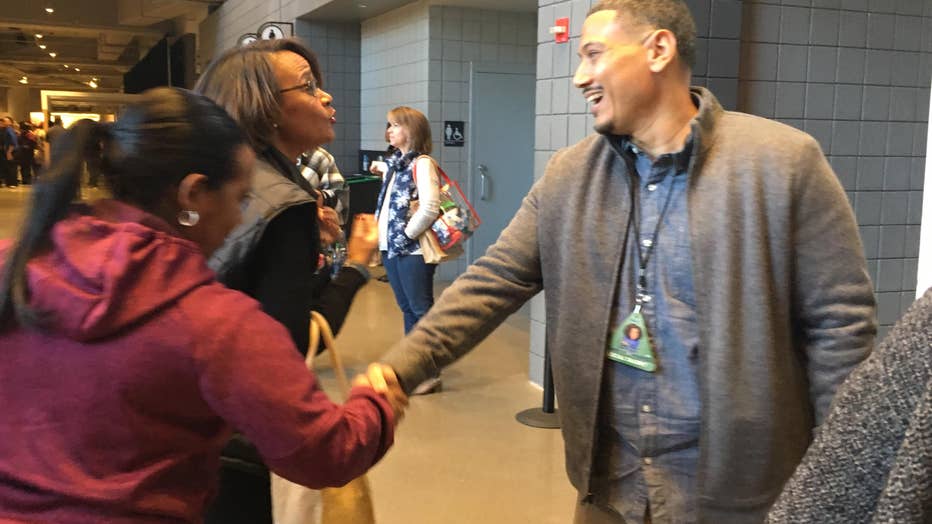 Wheelchair bound, Pimentel entered a WW meeting to make a change. In the time since, he has successfully lost 105.6 pounds. Now, he's motivating thousands of WW members and encouraging people in his same situation as a Patient Advocate for Shamrock Prosthetics. And he continues to set new goals for himself, like losing an additional 25 pounds.

During the event, Pimentel was also blown away after being honored by his hero, "The Rock."

"You're such an inspiration," Johnson said. "Thank you for being a fan. I'm honored you're a fan. You look 20 years younger."

After a day of countless inspiring moments, the tour now heads to New York, where Winfrey will have former First Lady Michelle Obama as her guest. Winfrey's full interview with Johnson airs Wednesday, January 29th on her Facebook channel.