The media mogul more than doubled her investment in the Oprah Winfrey Scholars Program.

The TV star and philanthropist was on the Atlanta campus Monday for a visit to mark the 30th anniversary of the Oprah Winfrey Scholars Program and announced that she was increasing her investment in the program to $25 million.

Morehouse says that makes her endowment the largest in the history of the college.

During her visit, she met with 47 Oprah Winfrey Scholars. 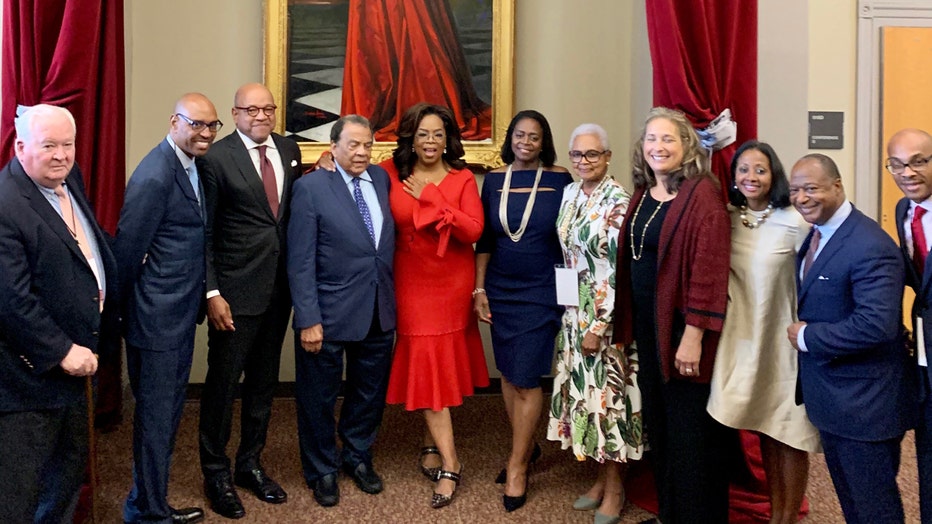 The media mogul says she gave to the university 30 years ago in part because she believed Morehouse had a "moral core" and mission to develop leaders focused on excellence.

“I felt that the very first time I came here,” Winfrey said in a statement. “The money was an offering to support that in these young men. I understand that African American men are an endangered species. They are so misunderstood. They are so marginalized. Where and when I can lend support to try to change that image, I do.”

In total, the program has funded the education of nearly 600 scholars, Morehouse President David A. Thomas said.