Scientists at a metro Atlanta foundation are trying to save an endangered amphibian.

ATLANTA - It’s a small room, barely bigger than a closet.  But inside, something remarkable is happening.

“They’re a spectacular species, native to the Southeast, and most people have never seen one,” says Mark Mandica, slowly sliding a glass tank from a wire shelf and reaching inside.  “This is one of the most endangered amphibian species on this continent.”

Mandica is talking about the Frosted Flatwoods Salamander, an amphibian once plentiful in Georgia but now only found in one wetland in the entire state.  As founder and executive director of the Amphibian Foundation in Buckhead, conserving the Frosted Flatwoods Salamander is a top priority. “There are a lot of species right here in the Southeast that are going extinct, and we’re trying to save them,” he says of the Foundation’s mission. 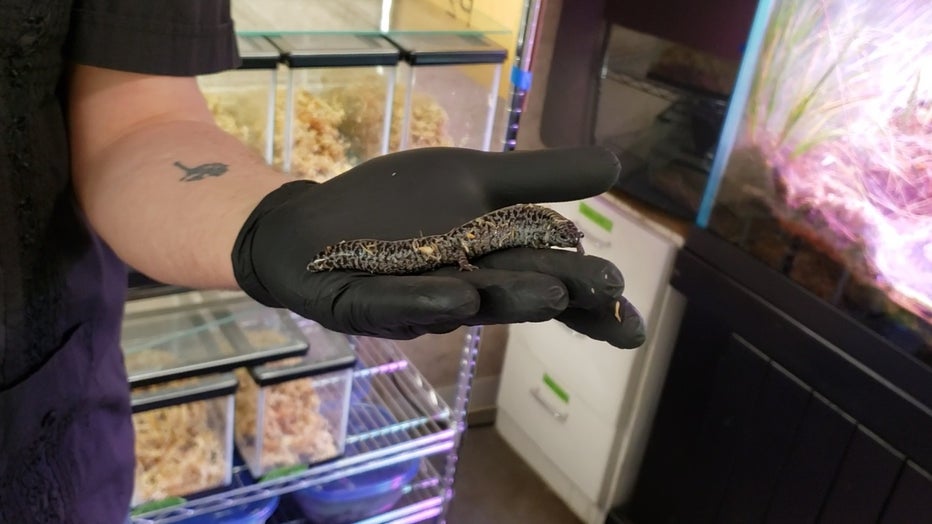 In many cases, that means breeding the animals and releasing them back into the wild.  But that’s not so easy with the Frosted Flatwoods Salamander, which has never been bred in captivity.  Mandica and his team are working on that now; their lab includes a rain chamber replicating the animal’s natural habitat, in hopes that it encourages reproduction.

“There’s a lot riding on our shoulders,” he says.

And while some people might have a bit of an amphibian-phobia, Mandica says there are about five million reasons to love them:  A thousand frogs can eat five million insects in a year.

“Nobody wants to be inundated with bugs or mosquitoes, and that’s what would happen if our amphibians disappeared.”

To read more about the Amphibian Foundation’s work and ways to help, you can visit the organization’s website here.