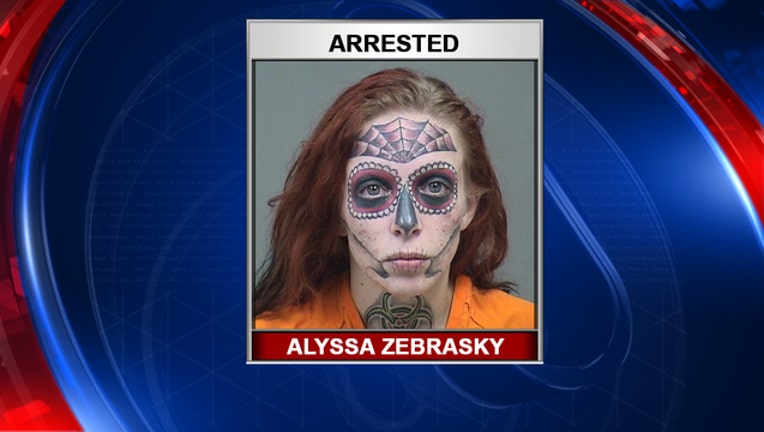 BOARDMAN, Ohio (FOX 13) - An Ohio woman faces charges after shoplifting from a Walmart, officials say, and when she was stopped for stealing a bag, they said they found drug-related items on her.

According to The Vindicator, 27-year-old Alyssa Zebrasky was arrested on the shoplifting charge at a Walmart in Boardman, Ohio. When she was searched, police said they found a hypodermic needle, crystal meth, and a suboxone pill.

Officials also said she was wanted on a warrant for failing to appear on a separate crime in Austintown, Ohio. Boardman police arrested her, and she was transported to Mahoning County jail.