The NTSB has released what may have caused a cargo ship to overturn off Georgia’s coast two years ago. Human error is what the report is pointing toward. The golden ray capsized near Saint Simon leaving over $200-million in damages.

ST. SIMONS, Ga. - The National Transportation Safety Board has released a long-awaited accident report into the capsizing of the South Korean freighter Golden Ray, which is still being removed in pieces from the water off St. Simons Island two years later.

"This accident comes down to the stability of the vessel," Chief of Marine Investigations Liam LaRue.

The report states a top officer’s errors in calculating the stability of a cargo ship loaded with nearly 4,200 automobiles likely caused the giant vessel to overturn along the Georgia coast. 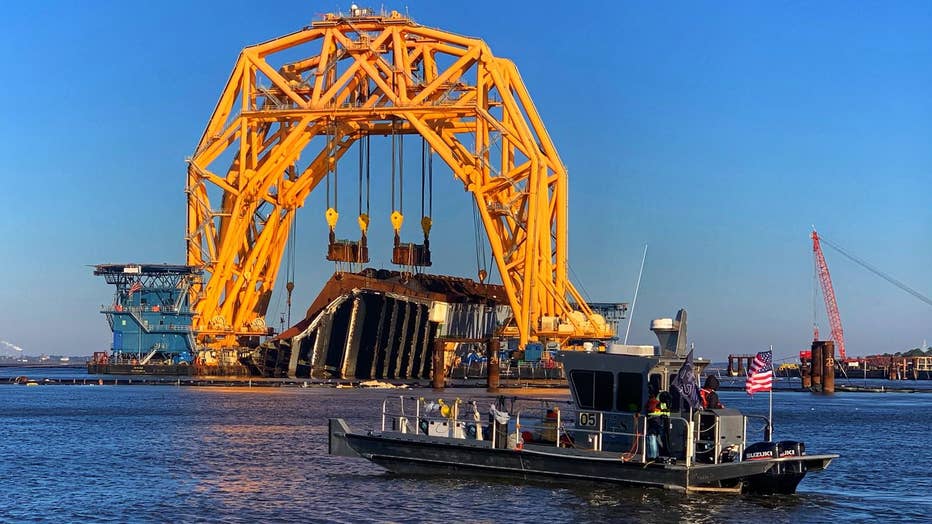 The ship’s crew was rescued safely following the wreck on Sept. 8, 2019. But the ship, measuring 656 feet, was deemed a total loss as was its cargo of new automobiles. The NTSB reported the combined losses totaled more than $204 million.

The NTSB reiterated a Coast Guard expert’s findings from a public hearing last year that the Golden Ray didn’t have enough water in its ballast tanks, used to add weight at the bottom of a vessel, to offset that of the vehicles in its cargo decks above. That left the ship’s center of gravity too high.

The Golden Ray’s instability caused it to lean sharply during a starboard turn soon after the ship left the Port of Brunswick, about 70 miles south of Savannah. A pilot’s door that had been left open on a lower deck allowed seawater to flood the ship, the NTSB report said, cutting off the escape route for some crew members who later had to be rescued from the engine room.

"In this case, it came down to incorrect calculations by the person on board that’s responsible for calculating instability. We believe that the person was insufficiently trained in how to use the vessels onboard stability computer," LaRue said.

Investigators concluded the unstable loading likely resulted from errors by the ship’s chief officer, who reported directly to the captain. The report said the chief officer wasn’t properly trained to use the ship’s computer that uses loading data to calculate its stability.

"The chief officer made errors with the ballast tank level data entry into the shipboard stability calculation computer," the NTSB report said, "which led to his incorrect determination of the vessel’s stability."

As a result, the Golden Ray left the Port of Brunswick lacking 1,492 metric tons of ballast that it would have needed to meet international safety standards for stability, the report said.

Investigators also found the ships watertight doors were not closed properly before departure.

"As the vessel capsized it heeled over very quickly. There was a pilot door that was open to let the pilot off,  which is normal procedure, but internal to the vessel on the same deck there were a number of watertight doors that were left open," LaRue said.

The NTSB said G-Marine Service Co., the ship’s operator and a subsidiary of South Korea-based shipping company Hyundai Glovis, has increased training for its officers on calculating ship stability since the Golden Ray capsized.

Demolition of the Golden Ray began in November, with crews using a towering crane to straddle the shipwreck. The crane’s winch and pulley system was attached to 400 feet of anchor chain used to tear through the ship’s hull like a dull saw blade. 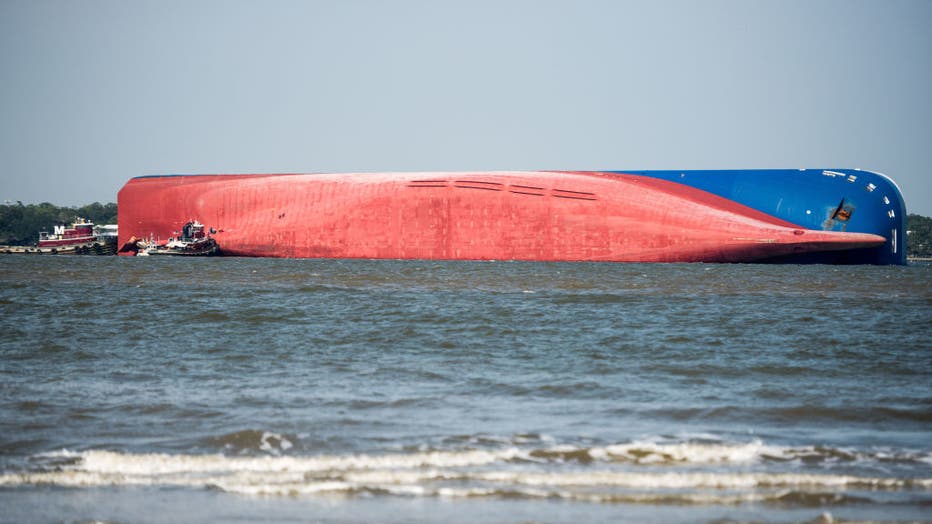 That method was used to carve the shipwreck into eight giant chunks. The work was slow and sometimes messy. A large fire engulfed the vessel’s remains in May as workers used torches to cut into the hull. And oil gushed from the wreck in late July, fouling roughly 2.5 miles of beach and marsh grasses.

As the NTSB investigation concludes officials said his job is to prevent incidents like this from happening again.

Roughly half of the wreck has been transported by barge to a scrapyard in Louisiana. Though the heavy lifting is ending, the remaining cleanup work is expected to take months. Cutaway sections of the ship docked in Georgia must be broken down further before they can be carried away by barge.

Meanwhile, mangled cars and other debris that fell from the wreck as it was being cut apart must be fished from the water before a large mesh containment barrier surrounding the site can be removed.

The NTSB investigates highway, railroad, aircraft, and maritime crashes, but it has no regulatory authority.