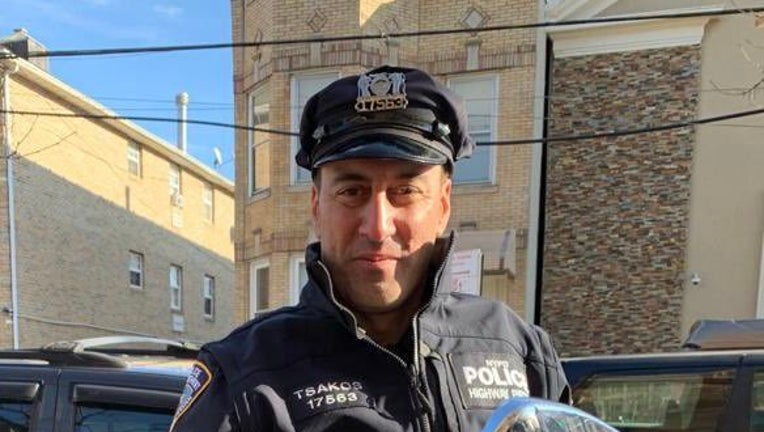 NEW YORK - An NYPD officer was killed by a hit-and-run driver early Tuesday while directing traffic on the Long Island Expressway in Queens.

It happened around 2 a.m.  The officer has hit by a driver while he was directing traffic.  The driver did not stop but was apprehended a short time later.

The officer was identified as Anastasios Tsakos during a news conference later in the morning.  He was a 14-year veteran of the force assigned to the Highway Unit.

Officer Tsakos had been directing traffic off of the LIE near Francis Lewis Boulevard. NYPD was investigating a single-car crash and car fire that killed one person around 12:30 a.m.

32-year-old Jessica Beauvais of Hempstead was arrested in the officer's death.  The NYPD says she was intoxicated and driving with a suspended license.  She was charged with two counts of vehicular manslaughter, reckless endangerment, leaving an accident that resulted in death, aggravated unlicensed operation of a vehicle, and several other charges.

Tsakos leaves behind a wife and two young children

Mayor Bill de Blasio said he had spoken to the officer's widow, Irene.

"A few hours ago she was looking forward to seeing her husband again and now she won’t," the mayor said. "He leaves behind a 6-year-old daughter, a 3-year-old son. They will never see their father again because somebody did the wrong thing."