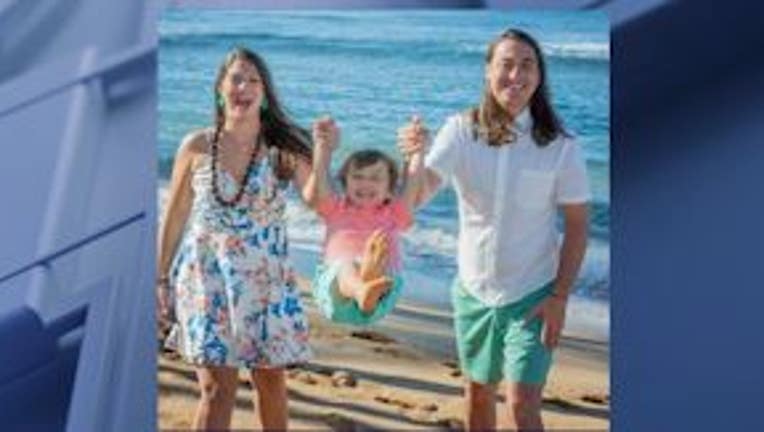 ATLANTA - Four months after his pregnant mother was stabbed along a popular walking trail in Brookhaven, a baby born by emergency Cesarean section is out of a Georgia hospital.

Valerie Kasper posted the update Thursday on a GoFundMe page which a friend set up for her. It has raised more than the $100,000 goal.

Police said 34-year-old Valerie Kasper on June 5 while walking on the Peachtree Creek Greenway with her 3-year-old son when 30-year-old Christopher Jones approached her, tried to talk to her, and ended up stabbing the young mother in the torso and arm four times with a pocket knife.

'MY BABIES LIVES WERE ALMOST TAKEN ': BROOKHAVEN MOTHER STABBED MULTIPLE TIME ON ON TRAIL SPEAKS OUT

Valerie Kasper said a man stabbed her four times while walking along a Brookhaven trail with her three-year-old son last Saturday. She was five months pregnant at the time. Following the attack, she needed an emergency C-section.

"Seeing our son Benjamin meet his baby brother has been the sweetest," she wrote.

"Now we begin the next chapter," she continued.

That will include a great deal of medical care.

Theodore has a feeding tube and needs fortified food every three hours, with caffeine to fight apnea, medicine for acid reflux and a vitamin. He’s on supplemental oxygen and has a "monitor that is like a fire alarm," sounding if he doesn’t breathe for 20 seconds or his heart rate drops below 60 beats a minute, Kasper wrote.

"Going to the pediatrician was a big family adventure and. we have lots of specialist appointments coming up. His care is definitely overwhelming and exhausting but we are getting used to the routines," she wrote.