HAMBERSHAM COUNTY, Ga. - Eager to get out every now and then while sheltering in place, people are flocking to State Parks in North Georgia. But now a group of North Georgia county commissioners is asking Gov. Brian Kemp to close down all the state parks in the area to prevent the spread of COVID-19. 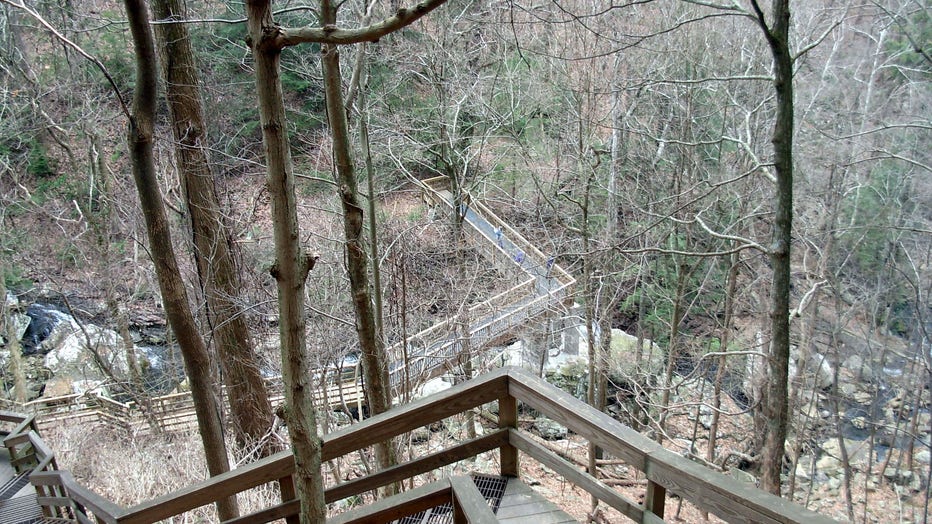 Last week, Kemp has issued a shelter-in-place order for the state of Georgia beginning Friday, April 3 and ending Monday, April 13. In that order, Kemp did not close any of the state's beaches or parks, saying people weathering the outbreak need fresh air and exercise.

Tuesday, the county commissioners of Habersham, Towns, Rabun, White, Franklin, Gilmer, Dade, Lumpkin, Fannin, Stephens, Union, and Banks counties wrote a letter to the governor asking that he issue an executive order closing the parks in the area.

Commissioners in north Georgia counties are wanting the state to close state parks and discourage people from visiting the mountains because of concerns over resources amid the coronavirus pandemic.

"While we are blessed to live in such a beautiful and abundant area of Georgia that hosts so many wonderful state parks, our constituents are highly concerned about the increased traffic to our area during the Statewide Shelter in Place Order," the officials wrote in the letter.

According to the county commissioners, a "significant portion" of the increased traffic to the parks has been coming from areas considered "COVID-19 hot spots" such as Atlanta or from visitors from out of the state.

"It appears that these nonresidents believe our area is a safe haven because of its rural nature. To the contrary, the influx of people into our communities has had a staggering detrimental effect on our resources," the commissioners said.

SEE ALSO: If you violate Georgia's shelter-in-place order, then you are breaking the law

The commissioners said that their counties do not have enough hospital beds, medical personnel, food, fuel, and other supplies to adequately provide for the increase in population, and has been trying to discourage any nonresidents visiting their area while the pandemic is still occurring.

"The continued operation of the state parks is stressing our community’s resources in a substantial manner," they said.

Habersham County Commission Chairman Stacy Hall told Fox 5 news "Parks are one of our greatest assets, so we want people to come and enjoy them and have fun, but let's just hit the pause button for a few a few weeks while we're in this state of emergency."

The North Georgia county commissioners aren't the only officials struggling with Kemp's decision to keep parks and beaches open. The mayor of Tybee Island has spoken out about legal action after Kemp's order overrode her decision to close the beaches in the area, calling the shelter-in-place order a "reckless mandate."