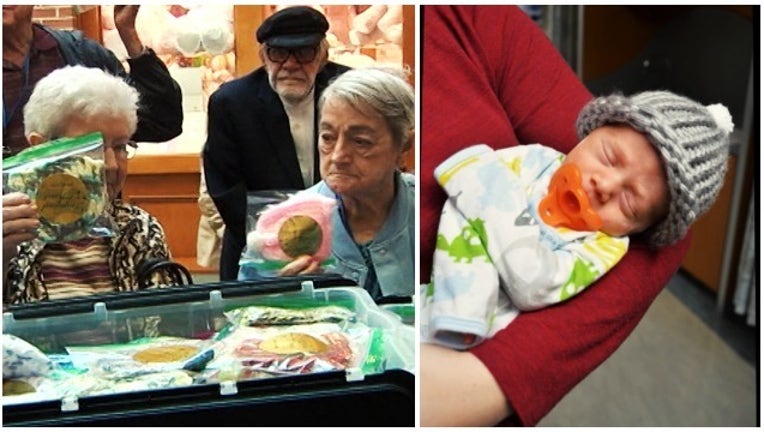 AUGUSTA, Ga. (AP) -- A new program in Georgia is aimed at helping obstetricians who have given up delivering babies find a way to come back to the practice.

The program at Augusta University's medical center could provide a model for other states to emulate, The Augusta Chronicle reports (http://bit.ly/2j5Ek4o ).

The push to get more providers was spurred in part by the state's high maternal mortality rate, particularly in the Augusta area, the newspaper reports. That rate ranks below many developing countries, and has spurred recent efforts to address it.

Program director Chad Ray is hoping the program will allow up to four doctors a year to return to delivering babies in addressing what will soon be a severe shortage for the state as a whole.

Ray said he knows of no other state-funded program like it nationwide.

The Georgia Center for Obstetrics Re-entry Program allows someone who has been out of practice to work under an experienced OB/GYN to relearn some skills. It also enables them to get a program tailored to what they need to return to the practice, including supervised clinical experiences or even simulations.

Dr. Janet Boone is the first to successfully complete the course.

Boone, 48, completed her OB/GYN training nearly 20 years ago but after six years of practice in Gainesville decided to move to an office-based gynecology-only service to spend more time with her young children, the Augusta newspaper reports.

"There were not enough hours in the day or hours in the week to manage all that I was trying to manage in life," she said. "So something had to go. I cut back on the work, even though I loved the work."

Being a practicing obstetrician at the time was not something that lent itself to a part-time commitment, Boone said.

"It was sort of all or nothing, and so the only way I knew to back off and have more time for family was to drop the OB," she said.

With her children now 16 and 20, Boone had been searching for a way to get back to an obstetrical practice when she came across the Augusta program.

"It was really a return to what I loved, knowing that I have many work years left in me," she said. "I just wanted to do more meaningful work."

Boone, who will begin practicing in Austell later this month, knows she has a role to play in that.

"When you have the ability to do a job that's helpful to people, it's a shame to not be able to plug back into doing it," she said.

For years at national meetings, Ray said, he had been hearing about the need for this kind of re-entry program, but no state had stepped forward to do it until now.

"I just decided to make it a priority and try to put forth a model that could be transferrable anywhere," he said.

Pat Cota, the executive director of the Georgia Ob-Gyn Society, has been lobbying the Legislature for years to address the problem and now thinks that with programs like this she is getting through.

The problem has been accelerating in Georgia, where 79 counties, more than half of the state, lack an OB/GYN and hospitals have been abandoning labor and delivery. More than 30 have closed in the past 20 years, including eight in the past three years, according to research by Dr. Adrienne Zertuche of the Georgia Maternal and Infant Health Research Group.

In a map with dots showing places that deliver babies in the state, the rural counties surrounding Augusta are like a wide empty ring that stretches nearly to Savannah or to the outskirts of metro Atlanta or to Athens.

"We are continuing to close OB units," Cota said.