Neighbors join together to help brothers repair their home

The two elderly brothers lost everything last year when a tree came crashing down on their Decatur home.

DECATUR, Ga. - A group of neighbors went above and beyond to help a Decatur veteran and his brother after a tree fell on their home and left it badly damaged.

Gary Abbott said he and his brother are overjoyed at the amount of love they've received in the recent months from total strangers.

"It was wonderful to see all the neighbors come together like an army," he said.

The two men lost everything last July when a tree came crashing down on their Decatur home.

"It was in the wee hours of the morning. I was in the bed and all of the sudden the tree fell and the night lights I used to sleep with went dark," Gary said.

About a month after the incident, neighbor Judy Stroud, who didn't know the Abbots, noticed the tree was still there.

"I was having a tree cut down and I had noticed that the tree that had fallen in their yard about a month ago was still there. So I asked if we could clean it up," Stroud said.

That was just the beginning. Stroud started a GoFundMe to get the Abbotts' story out.

In no time, other neighbors started donating not only money but also their time and services.

"If it hadn't been for Judy I don't know what we would have done," Quentin Abbott said. 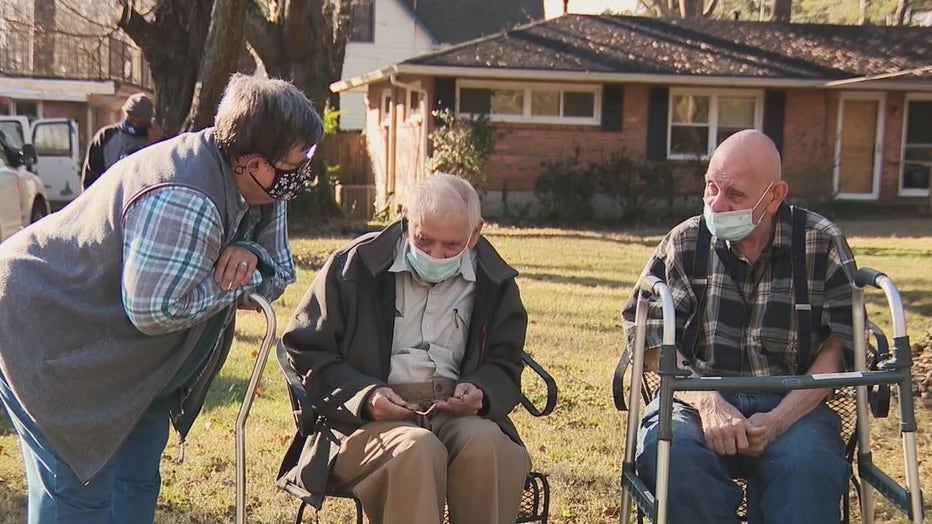 Even total strangers like fellow veteran CJ Foot stepped in. Foot, who originally came to fix the Abbotts' mold issues, took it a step further by donating as many resources as possible.

The brothers, Stroud, and Foot all got together for the first time last week.

As the Abbotts prepare to move back into their new and improved home, they shared a message for all the strangers who helped them through the last seven months.

"God bless you all and thank you," Gary said.

The Abbott brothers are still in need of help, with recent issues with plumbing and water damage. If you would like to help, please visit their GoFundMe page.