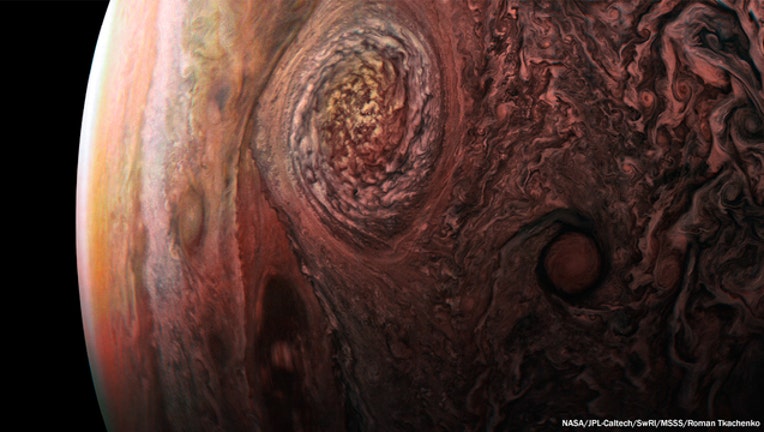 The images snapped by JunoCam were beamed back Tuesday and posted online Wednesday. Then members of the public -- so-called citizen scientists -- enhanced the raw images.

Swirling clouds are clearly visible in the 10,000-mile-wide storm, which is big enough to swallow Earth and has been around for centuries.

Scientists say it will take time to analyze everything.

Juno's next close encounter with the giant gas planet will be in September.