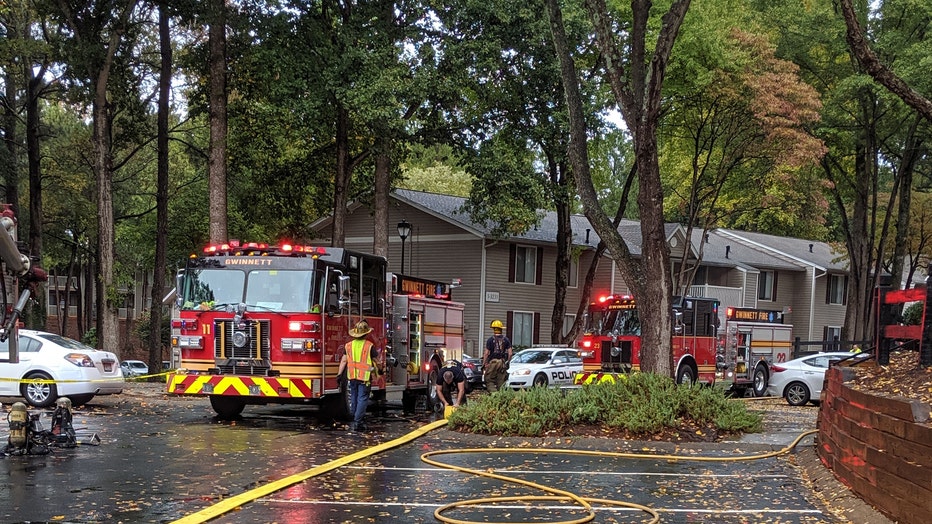 The fire happened before 7:49 a.m. at the Ashford Jackson Creek Apartments on the 3200 block of Sunrise Village Lane in unincorporated Norcross. The caller who contacted 911 reported that they saw smoke coming from the building.

When crews got to the complex, they found the left side of the building covered in flames, with heavy smoke pushing through the roof.

Fire personnel were successfully able to battle the blaze, leading the building being able to be saved, officials said. Four apartments were heavily damaged on the second floor and residual smoke, heat, and water damage impacted four units on the fourth floor as well. 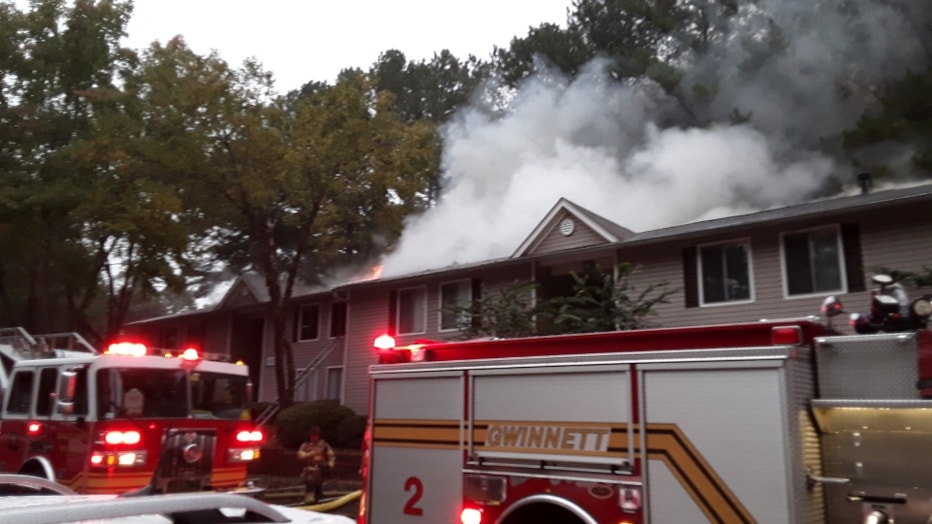 It's unknown how many residents are impacted by the fire, but officials say seven of the units were occupied at the time and those occupants will be moved to other units in the complex. The Red Closs is providing clothing and toiletries as well.

The cause of the blaze is still under active investigation.