Many activists and consumers have called on companies to take a stand amid protests and calls for racial justice in America.

Mrs. Butterworth's brand is another one that will be getting an updated image, after Uncle Ben’s and Aunt Jemima are both reported to be undergoing redesigns in an effort to “eliminate racial bias” in the products.

Conagra Brands, which owns the Mrs. Butterworth's line of syrups -- bottled in the shape of a woman -- and pancake mixes, announced Wednesday that it has begun “a complete brand and packaging review” of the breakfast staple.

In a statement to Fox News, the brand said that Mrs. Butterworth's is “intended to evoke the images of a loving grandmother.” However, Conagra acknowledged that the packaging might be problematic. 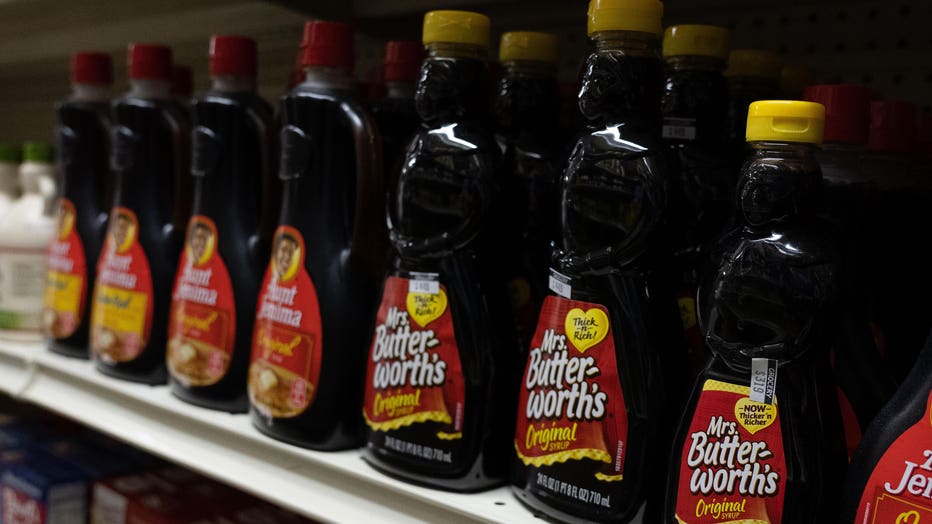 “We stand in solidarity with our Black and Brown communities and we can see that our packaging may be interpreted in a way that is wholly inconsistent with our values,” the company said.

“We understand that our actions help play an important role in eliminating racial bias and as a result, we have begun a complete brand and packaging review on Mrs. Butterworth’s,” the statement continued. “It's heartbreaking and unacceptable that racism and racial injustices exist around the world. We will be part of the solution. Let’s work together to progress toward change.”

Earlier Wednesday, Quaker Oats announced it would be undergoing a complete rebranding for its Aunt Jemima products “to make progress toward racial equality.”

Mars Inc. entity Uncle Ben’s will also be getting a new “visual identity” in an effort to “evolve” the brand and “stand in helping to put an end to racial bias and injustices,” a spokesperson told Fox News.

A date was not set for the brand updates.